Former leader of Thailand’s now defunct Future Forward Party, Thanathorn Juangroongruangkit, has vowed to fight the Election Commission’s (EC) criminal charges against him, which described as just “pebbles in the shoes”, stemming from a 191.2 million baht loan he extended to the party,

In February this year, the country’s Constitutional Court ordered the dissolution of the Future Forward Party, after finding Mr. Thanathorn guilty of donating more than 10 million baht to the party ahead of the general election in 2019, in violation of the Constitution.

In a news conference, held at the Thai Summit Building in Bangkok, Thanathorn announced that he will not be cowed by the EC’s legal action “even though there is limited time left for my freedom.”

He said that he will carry on with his political activities outside Parliament and will not let all the charges against him damage his political resolve or beliefs.

The EC has also decided to file criminal charges against 15 former executives of the now defunct party, in connection with the 191.2 million baht loan.

Meanwhile, Dr.Piyabutr Saengkanokkul, former Secretary-General of the party, said today that he is waiting for the EC to lodge a complaint with the Thung Song Hong police first.

He remarked that the announcement of the EC’s planned legal action came just seven days after political activist, Mr. Sonthiya Sawatdee, lodged a complaint with the Commission, urging it to file criminal charges against the party’s former executives relating to the loan issue.

Dr.Piyabutr accused the EC of taking a wrong approach, insisting that the election watchdog should have filed criminal charges against the party’s executive board first, before asking the Constitutional Court to dissolve it.

He also warned that the EC’s latest action will escalate the current political conflict in the country. 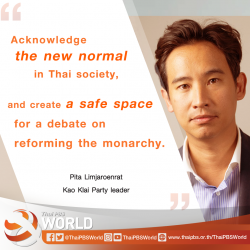 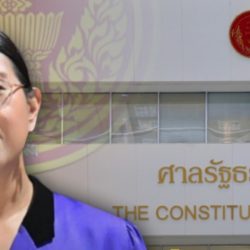