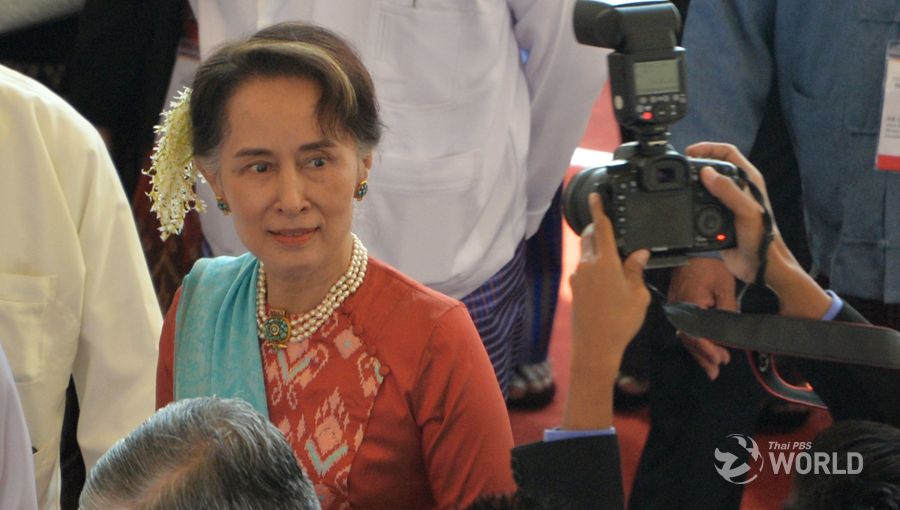 NAYPYITAW (Reuters) – Myanmar’s ruling party clashed with military lawmakers on Tuesday as it proposed steps towards changing the constitution, its biggest challenge in nearly three years to the army’s power over politics as enshrined in the charter.

Military members of parliament, clad in green uniforms, rose to their feet and stood in silence as parliament voted to approve the first stage of a proposal to form a committee on amending the constitution.

The proposal could foment tension between the army and Aung San Suu Kyi’s National League for Democracy (NLD), who have been at loggerheads over the charter since the party’s historic landslide election win in 2015.

The surprise bid to reform the constitution comes as both civilian and military leaders face growing international pressure over an army crackdown on Rohingya Muslims in 2017 that sent about 730,000 people fleeing to neighboring Bangladesh.

Constitutional reform was a central pillar of the NLD’s platform ahead of the 2015 general election, but little progress has been made as leaders have proved reluctant to confront the military.

With another election looming in 2020, analysts see Tuesday’s move as an effort to shore up support for Suu Kyi’s party and deliver on election pledges.

“It is the election promise,” Ye Htut, an NLD member of parliament told Reuters ahead of the vote.

In recent weeks Suu Kyi has also toured ethnic minority areas, where support for her party is weakest, and on Monday touted Myanmar’s potential to global investors.

“As the 2020 elections are starting to influence political calculations in Myanmar, it is not surprising that the NLD wants to show progress on one of its key manifesto pledges,” said Yangon-based political analyst Richard Horsey.

“But it is also aware that this is a sensitive issue for the military. Establishing a committee is a much relied-on way to signal intent without immediately forcing the issue,” he said.

But the 2008 constitution, drafted during military rule, guarantees the army a quarter of seats and change to the charter needs a vote of more than 75 percent of members, giving the army an effective veto.

The constitution also blocks Suu Kyi from becoming president, with a prohibition on presidential candidates with foreign spouses or children. Suu Kyi had two sons with her late British academic husband Michael Aris.

For nearly three years, she has ruled from “above the president” by creating a new position of state counselor. The move to create that position sparked a similar protest by military MPs.

The charter also gives the military control of ministries responsible for security, including defense and home affairs.

The NLD has not said what provisions of the constitution it might seek to reform. In the past, some members of the party have called for change to Article 436, which gives the military the effective veto over constitutional reform.

NLD lawmaker Aung Kyi Nyunt, submitting an “emergency proposal” to discuss a committee that could propose amendments, said the constitution was “not in line with the democratic system” and the “desires of the people” should not be ignored.

After the speaker agreed to put the proposal to a vote, green-clad military lawmakers rose to their feet and stood for several minutes in silence.

“This is me, as speaker, telling you to sit down,” the speaker, T Khun Myat, said.

The NLD won the vote 394-17. Discussions on the committee are expected to continue next month.

Brigadier-General Maung Maung, a senior military official, said the NLD had not acted “in line with the law”. 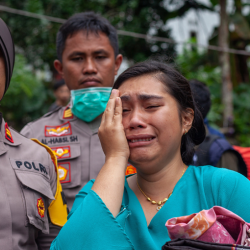