75% of women in Thailand are experiencing more than one domestic violence incident and 52.2% of the victims respond in kind against the perpetrators, according to an opinion survey, conducted between October 17th and 23rd among 1,692 women aged 20 and over in Bangkok and its peripherals, commissioned by the Women and Men Progressive Movement Foundation.

The same survey also shows that 31.4% of domestic violence is connected to the consumption of alcohol, said Jaree Srisawat, head of the alliance network promotion section of the foundation yesterday, ahead of the International Day for the Elimination of Violence Against Women today (Thursday).

She pointed out, however, that the most worrisome aspect of domestic violence in Thailand is that 87.4% of the abused women have never sought help from or consulted with relevant authorities, in an effort to keep the violent incidents confidential, because they have no idea where to find help or because they think no one can help them anyway.

Jaree said that a publicity campaign should be launched to inform women of their rights and that there are agencies from which they can seek help, citing the foundation as an example which is ready to provide legal counselling and ways to begin a new life by calling hotline 1300 or phone 02-513-2889.

She said that the Thai judicial system should not treat domestic violence as being normal in families, adding that reducing such violence is not all about compromise, but a change of the cultural mind-set of men being dominant in the home.

To mark the International Day for the Elimination of Violence Against Women today, the Thai Health Promotion Foundation (ThaiHealth), the Women and Men Progressive Movement Foundation and the Wunderman Thompson Thailand are jointly hosting an exhibition and activities to highlight the problem of domestic violence in Thailand.

Wunderman Thompson Thailand is presenting an online show called “Museum of First Time” [sic], showcasing real-life domestic violence to instill awareness of the problem in Thai society, with the hope that it will lead to a change in social values.

Members of the public are invited to attend the exhibition, to exchange views and to provide moral support to each other via www.museumof1sttime.com

ThaiHealth cited information from the Women and Men Progressive Movement Foundation which shows that, during the first half of last year, while COVID-19 infections were surging, alcohol consumption accounted for most of the cases of domestic violence and almost 100% of the victims were repeatedly assaulted. About 80% of the violence against women and children in families was attributable to alcohol, she added.

One of the victims aged 32 years old said that, at the age of 17, she often had quarrels with her boyfriend, who is 10 years older, because both of them drink.  They decided to get married anyway, but her husband drank more heavily and became more violent, until she could no longer take it and asked for a divorce. She changed her mind, however, after finding out that she was pregnant, hoping that having a child may change his behaviour. She was wrong. Finally, she left him.

She also said that she subsequently found a new partner but, again, he drank and the quarrels started again. They broke up.

She added that, now, she is living with a man who does not drink or smoke. 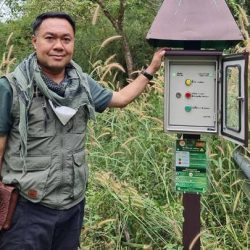