Supporters of the Thai monarchy rallied at Government House today (Thursday), to demand that the government expel Amnesty International (AI) from the country for allegedly interfering in internal affairs.

AI has an office in Thailand, which was officially registered in 2003. Its current director is Piyanut Kotsan.

The pro-monarchy group, calling itself the “Centre of the People for the Protection of Monarchy” and which is led by Chakrapong Klinkaew, also submitted a letter, addressed to Prime Minister Prayut Chan-o-cha, demanding that authorities investigate the role and activities of AI’s Thailand office, to determine whether they amount to a threat against national security and the monarchy.

The group cited the Constitutional Court’s ruling on November 10th, which ruled the conduct of three anti-establishment Ratsadon group leaders when addressing protesters on August 10th last year, demanding reform of the monarchy, to be an exercise of a right with the aim to overthrow the monarchy.

After the ruling, the monarchist group claimed Amnesty International Thailand launched a letter-writing campaign, to urge the Thai government to cease legal action against Ratsadon leaders.

It also claimed that AI’s conduct could be seen as pulling the strings of anti-establishment groups in Thailand, to undermine the Thai monarchy.

Also today, former red-shirt village heads in north-eastern provinces gathered at a community business learning centre in Thongchai Nua sub-district of Nakhon Ratchasima for a meeting to discuss a signature collection campaign to oust Amnesty International from the kingdom.

The  village head said the group will collect up to one million signatures to demand the expulsion of AI for allegedly supporting anti-monarchy protest groups.

On Monday, AI Thailand issued a statement refuting all allegations. It claimed that AI is a movement of about 10 million ordinary people across the world which is dedicated to the protection of human rights, social equality and fairness for all and it is free from political affiliations.

AI’s financial support comes from public donations by people who are supportive of human rights and it has not received any government funding, according to the statement.

AI will continue to perform its duties to protect human rights for people whose rights are being breached “because we firmly believe that every man is born equal and should not be oppressed,” said the statement. 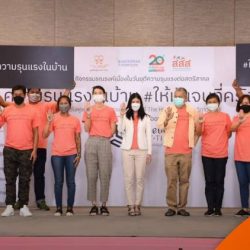 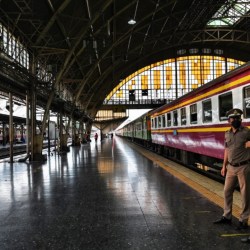