In a video, posted on Facebook Thursday night, MP Thammanat Prompao claimed that an alternative political party is ready, but that he is not yet giving details.

“This new home [party] is not new. It’s been around for quite some time,” the former Palang Pracharat (PPRP) secretary-general said. “At one time, senior politicians were to adopt it as the main party. If I say the name, it will ring a bell. Everything is ready. We’ve spent a long time preparing the new home.”

“There’s going to be a surprise,” Thammanat said before ending the video.

The three-and-a-half-minute video was released one day after the ruling Palang Pracharat party voted him, as well as 20 other MPs in his camp, out.

Appearing relaxed and unconcerned, Thammanat talked about the previous night, which was the first night after their dismissal, saying he had a good night’s sleep, free of stress.

After receiving countless phone calls, Thammanat said he prayed and watched a movie before going to sleep, adding, however, that he remains concerned about his old party and those members he used to care for.

“What are they going to do without me?” he asked rhetorically, explaining that he and PPRP Leader and Deputy Prime Minister Prawit Wongsuwan were the ones who had given them support, as they took care of the people in their constituencies during the pandemic.

While the term ‘driven out of the party’ suggests the 21 MPs were unwanted at PPRP, Thammanat explained that, this way, he and his colleagues could keep their positions in Parliament. This differs from voluntary resignation, which would have resulted in the immediate loss of their MP status.

By law, Thammanat and other ex-PPRPs must seek a new “home” in no more than 30 days to maintain their MP status. If a party is dissolved, the former members have 60 days. 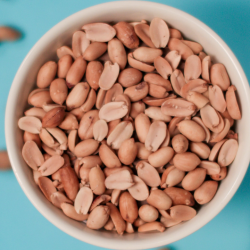