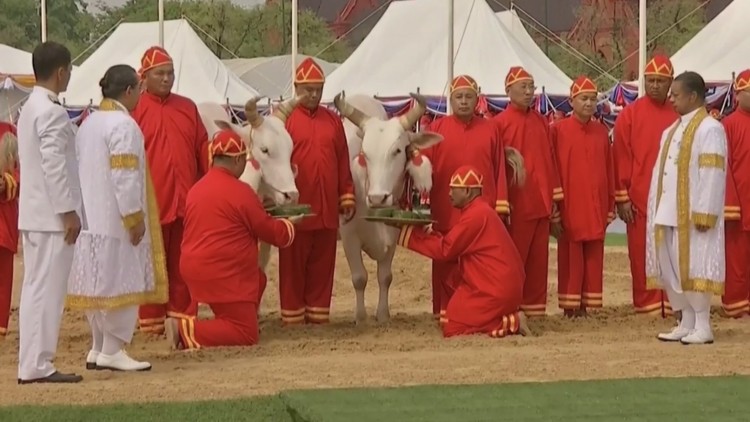 Thailand will have good rice harvests, sufficient water and abundant food this year, according to the astrological forecasts from the eating habits of two sacred oxen at the Royal Ploughing Ceremony held this morning at Sanam Luang.
The Ploughing Ceremony, which is held annually in May, was presided over by Their Majesties the King and Queen. Also present at the ceremony was Her Royal Highness Princess Bajrakitiyabha.
Two sacred cows were presented with seven items of food,which included paddy grains, corn seeds, black matpe beans, seasame seeds, liquor, water and grass, by the agriculture permanent secretary Anan Suwannarat, in his capacity as the Lord of the Ploughing Ceremony.
The two animals ate paddy grains and grass and drank water. This was interpreted by the astrologers as a prediction of sufficient water, good rice harvests and plenty of food this year.
Then the lord of the ceremony chose a 5-kueb cloth, from a choice of 3, which was also interpreted as a forecast of adequate water, good rice harvests and abundant food. 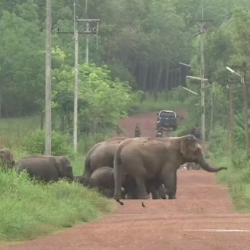