People wave pro-independence Catalan flags ‘Esteladas’ while holding letters reading “independence” during a pro-independence demonstration in Barcelona on September 11, 2018 to mark the National Day of Catalonia, the “Diada”. Catalan separatists will seek to put on a show of strength and unity at celebrations of the region’s national day, nearly a year after a failed attempt to break away from Spain. Catalonia’s national day, the ‘Diada’ commemorates the fall of Barcelona in the War of the Spanish Succession in 1714 and the region’s subsequent loss of institutions and freedoms. 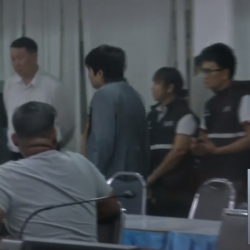 Fortune-teller sentenced to 4,355 years in jail for fraud 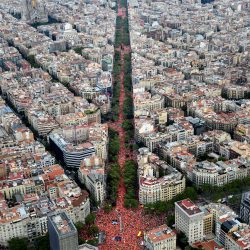