Singer Lydia Sarunrat reveals that she has COVID-19 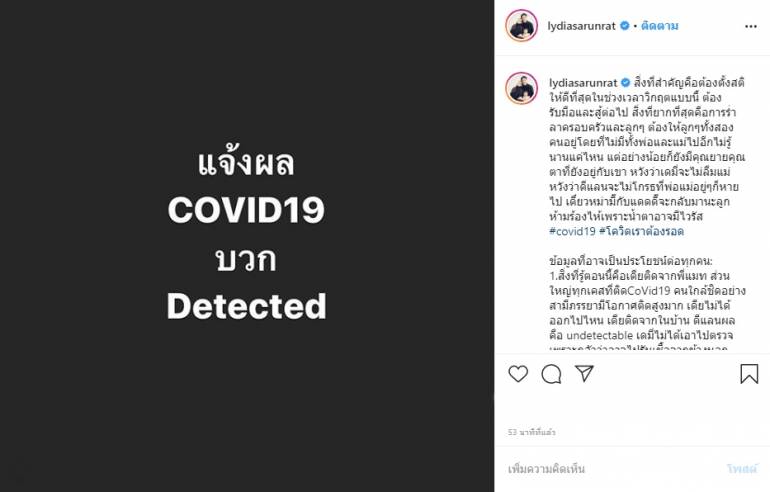 The pretty singer said that, since she had not been outdoors, she believes she caught the disease from her husband, and that there is a high possibility that other people in the family will also have been infected.

She went on to say that, even though many other people close to her and her husband, including family members, friends, employees in her restaurant and others in her husband’s boxing camp, had tested negative for the virus, it didn’t mean that they are completely clear and they will need to monitor their health closely.

Lydia disclosed that she developed flu-like symptoms, including a dry cough, stuffy nose and fever, on the night of March 13th, adding that she took pills to reduce her fever and vitamins to keep in good shape while awaiting test results.

She advised that the important thing for those infected is to stay calm and be mindful that, in a crisis, they must be prepared to cope with the contagion, adding “The worst part is to be away from the children, because they will be without their parents (during the quarantine period), but at least there are grandparents to look after them.”

Lydia also commented on the lack of available hospital beds, saying that she has been in regular contact with the Public Health Ministry about when a hospital bed would be available for her. 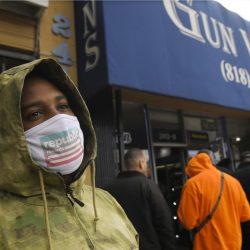 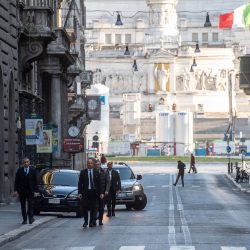