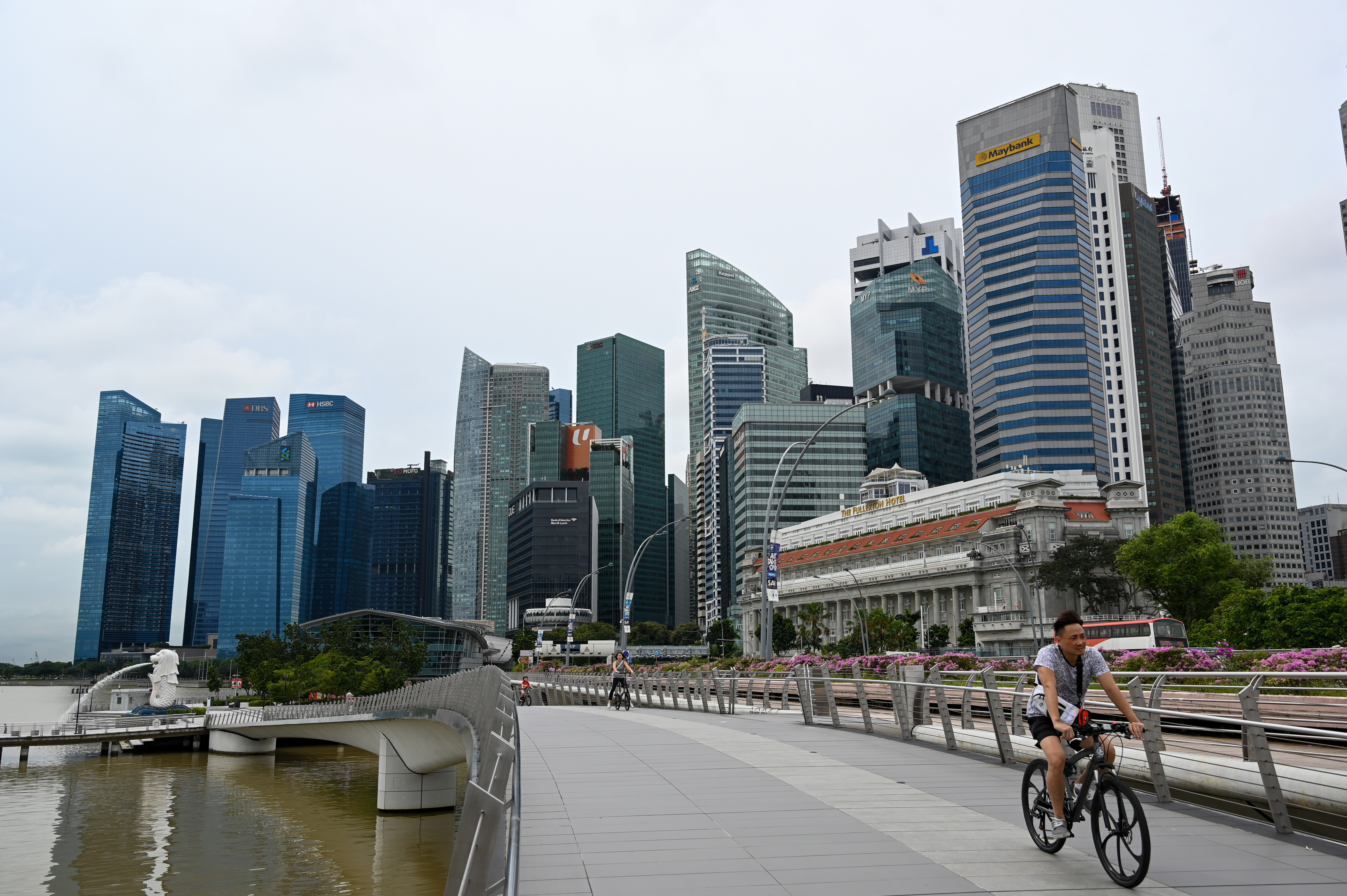 A man cycles along a bridge in Singapore as the skyline is seen in the background. (Photo by Roslan RAHMAN / AFP)

But the 5.8 percent decline was not as bad as feared — official forecasts had predicted a fall of up to 6.5 percent — as economic activity picked up with the easing of curbs.

The country plunged into its first recession since the 2008 global financial crisis in the second quarter when the government closed most workplaces as part of drastic measures to contain infections.

One of the world’s most open economies, Singapore is seen as a bellwether for the health of global trade, and its economy’s dramatic deterioration rang alarm bells. But curbs were eased in the second half of the year and key sectors of the economy, such as manufacturing, have begun to recover.

In the fourth quarter, the economy shrank 3.8 percent year-on-year, less than expected, according to preliminary growth data released by the trade ministry.

Song Seng Wun, a regional economist with CIMB Private Banking, told AFP the contraction was not as bad as feared due to strong exports of some goods. Song said he expects a “rebound of around six percent” this year.

“We are seeing businesses continuing to benefit from the further easing of restrictions and stronger global demand for (microchips) and medicines,” he said.

Singapore’s small economy is typically hit first by external shocks before ripples spread across the region. However, it usually also recovers quickly from any downturn. The city-state won praise for keeping the pandemic in check in the early stages only for serious outbreaks to emerge later in crowded dormitories housing low-paid migrant workers.

But its outbreak has slowed markedly in recent weeks, and only a handful of cases are being recorded a day.
Authorities last week began a coronavirus vaccination campaign, making it among the first Asian nations to roll out inoculations. 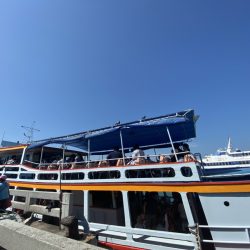 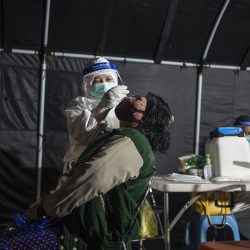