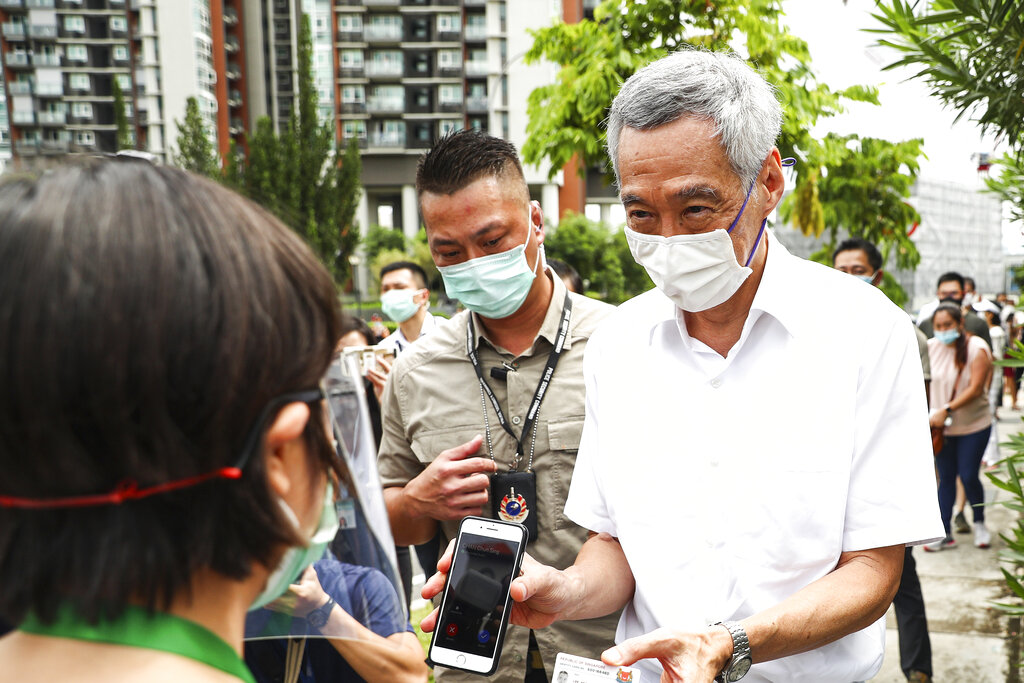 Lee said his People’s Action Party secured 83 parliamentary seats, retaining its overwhelming majority with 89% of the total seats, but its popular vote dipped to 61%. The Workers’ Party, the only opposition with a presence in Parliament, increased its seats from six to 10 — the biggest victory for the opposition since independence.

It marked a decline in the PAP’s performance from 2015 polls when it took 93% of seats and nearly 70% of total vote. Several key PAP leaders also lost, including two former ministers.

“It’s not as strong a mandate as I hoped for but it’s a good mandate,” Lee told a news conference. “The results reflect the pain and uncertainty that Singaporeans feel in this crisis … this was not a feel-good election but one where people are facing real problems and expect more rough weather to come.”

The PAP has dominated politics since 1959, when Lee’s father, Lee Kuan Yew, became Singapore’s first prime minister and built the resource-poor city-state into one of the world’s richest nations during 31 years in office. But it has also been criticized for tight government control, media censorship and use of oppressive laws and civil lawsuits against dissidents.

The PAP is also one of the world’s longest serving parties — after those in China and North Korea.

Lee called the polls ahead of April 2021, when his government’s mandate expires. Singapore’s vote follows recent elections in Serbia, Croatia and Mongolia and South Korea in April, when governing parties in all those countries scored resounding victories.

“In the Singapore context, this is a defeat (for PAP),” said Bridget Welsh, honorary research associate at Malaysia’s University of Nottingham. “Worst seat performance and loss of popular vote in an election that they called early in a pandemic mistakenly thinking the crisis would help them.”

The outcome threw Lee’s plan to retire in two years at age 70 into uncertainty. His designated successor and deputy, Heng Swee Keat, won his seat with a slim majority.

Lee, who has ruled since 2004, vowed early Saturday to navigate Singapore through the virus crisis. “I’m determined to hand over Singapore intact, and in good working order to the next,” he said.

He acknowledged that citizens, especially the younger generation, want more opposition voices in Parliament. He said Workers’ Party chief Pritam Singh will officially be named opposition leader, an unprecedented move in the city-state. Two more non-constituency seats will be offered to top opposition losers to bring the opposition block to 12 seats, as provided for under the law, he said.

“Today’s results are positive but we have to hit the ground running. We should not get over our head with the results,” Singh said.

The opposition Progress Singapore Party, headed by a former PAP stalwart and supported by Lee’s estranged younger brother, failed to win any seats. Lee Hsien Yang joined the opposition party to campaign against the PAP, which he said had turned into an elitist party.

Just weeks ago, Singapore emerged from a two-month lockdown aimed at controlling one of Asia’s worst coronavirus outbreaks. The tiny nation of 5.8 million people has reported more than 45,000 cases, most of them foreign workers living in crowded dormitories that were overlooked in the early phase of its crisis management.

With the economy forecast to shrink this year by up to 7%, Lee’s government has unveiled several economic assistance packages totaling nearly 100 billion Singapore dollars ($71.7 billion) but warned the full economic impact hasn’t been felt yet. While coronavirus cases have mostly declined, new daily cases still top 100.

Polling was extended Friday by two hours until 10 p.m. after strict safety measures in place for Southeast Asia’s first national election amid the pandemic delayed voting at some stations. The Election Department also dropped a requirement that disposable gloves be worn during voting to cut waiting time.

Apart from wearing masks and having their temperature checked, groups of voters were each allotted a two-hour slot to cast their ballots in order to spread out the process and reduce crowding, with senior citizens given priority in the first four hours.

Election officials wore full protective gear and polling booths were sanitized every half hour. People treated for COVID-19 or under quarantine at home were not allowed to vote.

Voting in Singapore is compulsory and turnout at Friday’s election was 96%. 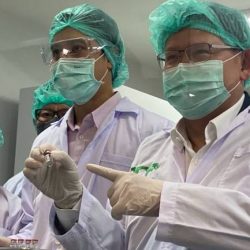