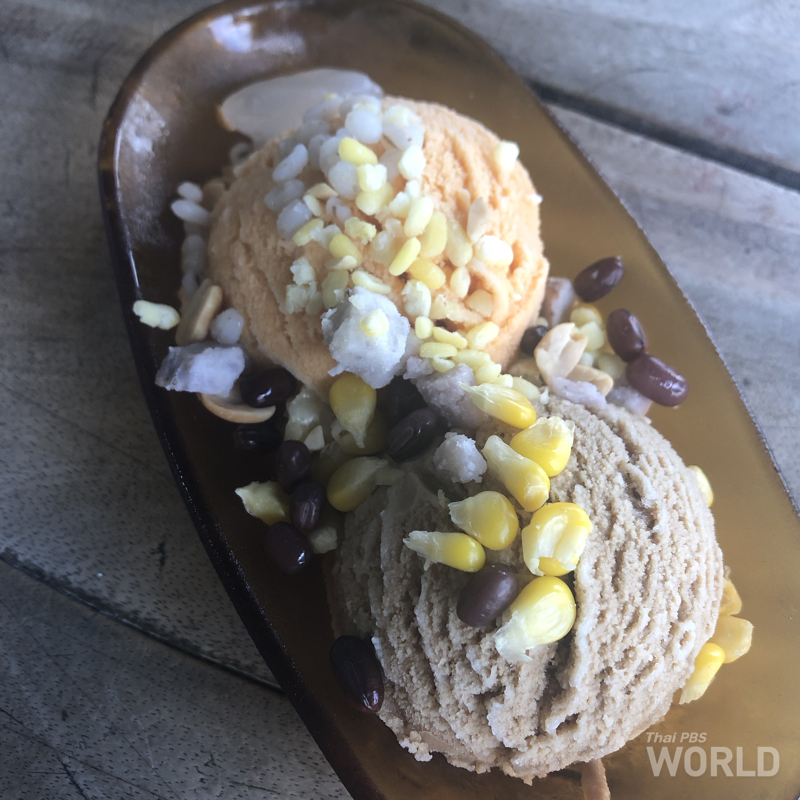 As a confessed history buff, I couldn’t help looking around into what we have to eat, seeking possible linkages between the bites and the broader views of world’s stories. For me, it is always a wonder how people back in the day invented a lot of things that gave us the extreme convenience at the present time. The first skyscraper, for example, representing human’s ambition to reach higher, was built not until the year 1884, according to the Guinness World Records. In Thailand, that concurred with the reign of King Rama V — the period of modernisation as we know it, and the period whereas Bangkok in particular saw an impressive amount of European influences in the buildings and even temples.

Ice — solid and cold and clear form of water — sure was another wonder of the world when it was first invented. It is one of many things that gave way to new innovations and cultures and delicious things we come to eat and enjoy today. Story has it that ice made its way into Siam for the very first time in the year 1857, via a cargo ship from Singapore. Back then, it took about 15 days to make that 815-nautical mile (or 1,509 kilometres, or 938 miles) journey. And to withstand the tropical heat, the ice was thickly covered with layers of sawdust — a primitive, yet effective, insulation of the time.

But it was not until the year 1906, however, that Bangkok had the very first ice-making house that proliferated the use of this cool stuff, making it more ubiquitous and so forth. By that time, the old-school Thai-style cooling agent like terracotta pots were out of the question. We began using ice to store foods, produce foods, and invent more foods.

Thai-style ice cream and granita are two of my most favourite things to eat in the world. Thai tropical fruits and root vegetables make their ways into the ice-cold world and are transformed into many sweet and luscious gratifications. I believe it is the coconut milk ice cream that debuts the whole series. Coconut milk, with its natural creamy property, is an excellent binder, its luscious and aromatic texture the innate tastes and flavours. As of this writing, good news is that we are now seeing a strong comeback in old-style servings of the coconut milk ice cream — in a hotdog bun, on a bed of sweet sticky rice, and topped with generous amount of evaporated milk. 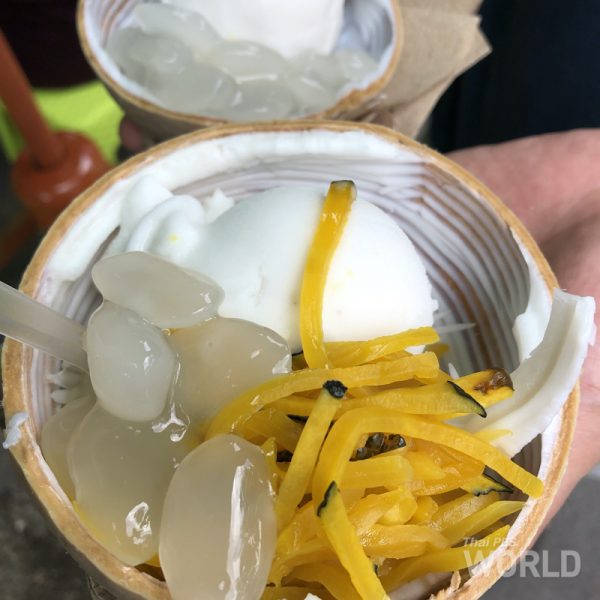 But then, there are so many other fruits that can and should be made into ice cream. Coconut juice, in its clear and aromatic form, is churned in an ice bath, and transformed into the best granita ever. Simplicity speaks louder and clearer. 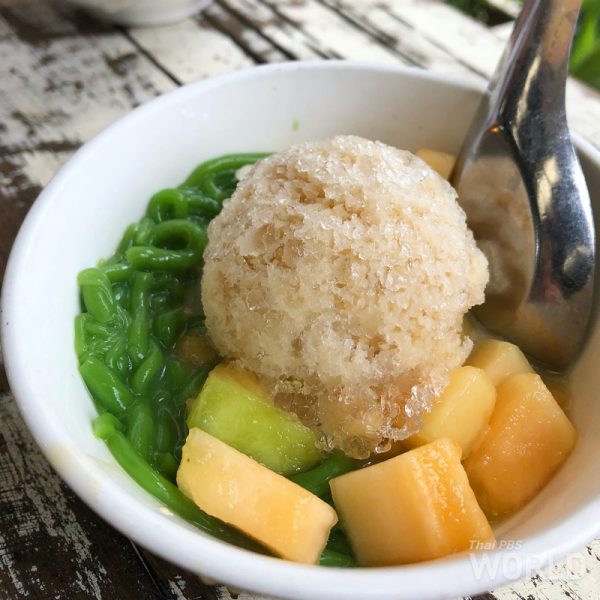 In Bangkok Old Town area of Phraeng Nara (or Sam Phraeng), an old-school Thai style granita and ice cream shop made it to many international foodie lists. Among them the Louis Vuitton Luxury Guide to Bangkok. Here, you can choose from more than ten Thai flavours plus even more toppings. My favourite things to add on include candied palm seeds, coconut juice jelly, and stewed job’s tears. This is the place you have a brave heart and try durian ice creams — all nice and chilled and aromatic in its own unique way. 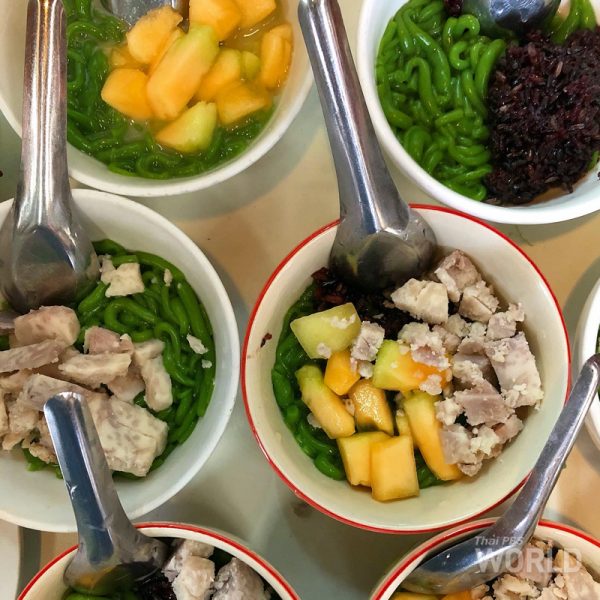 Shaved ice desserts are also a staple in Thailand. In many provinces, instead of using modern ice shaver machines, some shops still hand shave their ice from a big slab. Although I always questioned the hygiene, I agree that it makes for a great Instagram moment. Among many shaved ice desserts of Thailand is Lod Chong — the green (supposedly from pandanus leaves) fat and slippery noodles in coconut milk sweetened by palm sugar — that is still gratefully under the radar. Meaning this bowl is still pretty much unpublicised, not that media-fatigued, hence truly cool in a refreshing and unknown way. 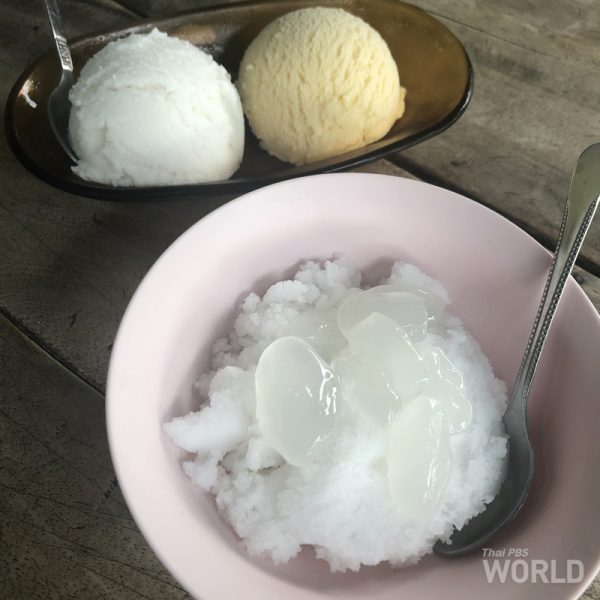 So, there you go, a bit of my thoughts slurping into Thai-style ice-cold desserts. There are so much more in foods than meets the eye. And I hope you find joy in the stories as much as in the flavours.

P.S. The world’s first skyscraper, the ten-storey Home Insurance Building in Chicago, USA was demolished in 1931, the same year that the Empire State Building in New York was completed. In Thailand, though, the very first multi-storey building could be the Dusit Maha Prasat Throne Hall, a part of the Grand Palace, that was built back in 1789. More tall buildings were built later on, notably in the business area of Charoen Krung which is Bangkok’s first paved road. 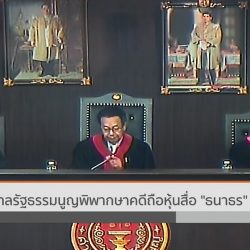