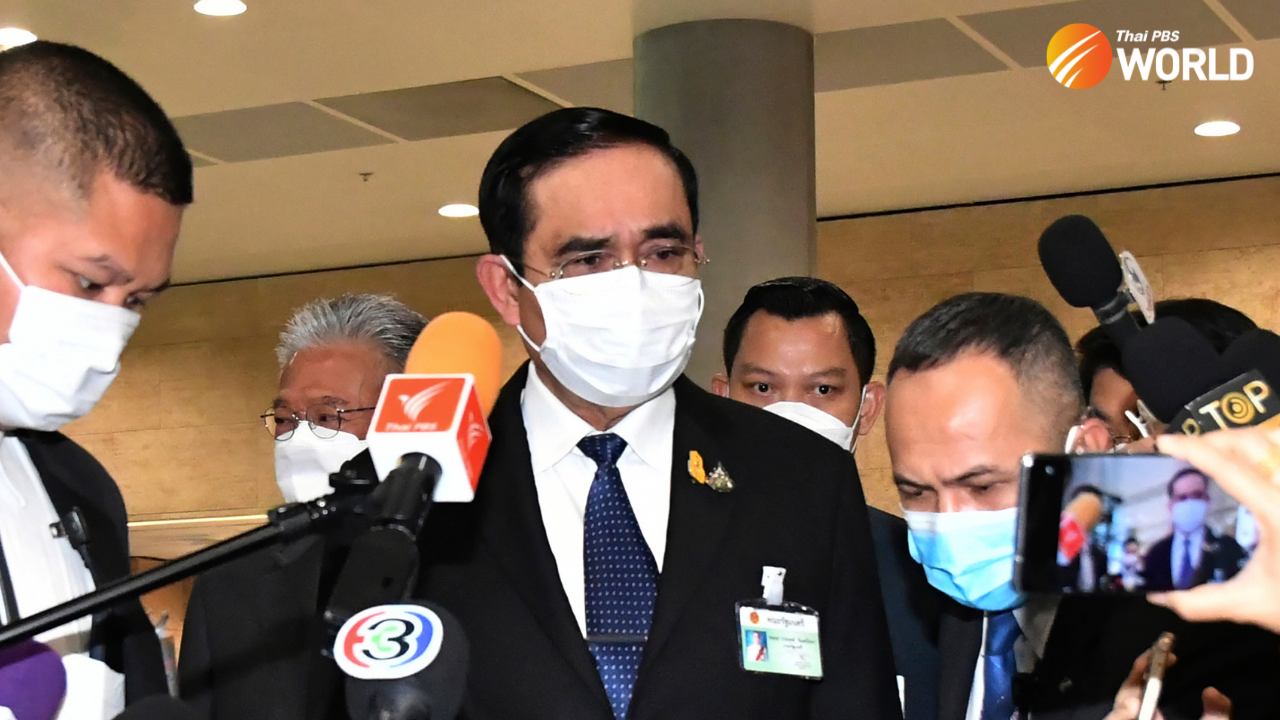 Thailand Prime Minister Prayuth Chan-ocha talks to reporters at parliament after a confidence vote on himself and five members of his Cabinet in Bangkok, Thailand, Saturday, Sept. 4, 2021. (AP Photo/Sompong Sonnak)

Prime Minister Prayut Chan-o-cha managed to survive his third no-confidence vote, but a brewing storm in the ruling party is now undermining his once solid position.

Before the censure debate began, Prayut appeared to feel insecure when he asked Prawit, leader of the ruling Palang Pracharath, about a rumor that many party MPs were planning to deny him their vote. “Why aren’t those MPs supporting me? What did I do wrong? I am working so hard,” the PM reportedly wrote in a text message.

News of a power play and behind-the-scenes bargaining within the ruling party emerged even before the four-day censure debate began on Tuesday (Aug 31). The party’s secretary-general, Thammanat Prompow, was rumored to be engineering a plot to unseat Prayut by amassing no-confidence votes against him.

According to media reports, the move involved heavyweights and renegade members of the ruling party as well as politicians from the main opposition Pheu Thai Party and a coalition of smaller parties. Thammanat, who serves as deputy agriculture minister, later denied plotting to oust the PM.

As it turned out, Prayut and the five other targeted Cabinet members managed to gain support from most MPs in the vote on Saturday.

Thammanat joined all Palang Pracharath MPs – except deputy House speaker Suchart Tancharoen – in voting to back Prayut after the censure debate.

However, the PM got fewer approval votes than all but one of the targeted ministers.

Prayut received 264 votes, just one more than Labour Minister Suchat Chomklin, who emerged with the least approval votes among the six targeted Cabinet members. The PM also got the highest number of no-confidence votes, at 208.

Prime Minister Prayut Chan-o-cha and five of his Cabinet members today comfortably won a vote of confidence from the House of Representatives despite four days of brutal attacks on his integrity and mishandling of Covid-19 pandemic and its economic fallout and political dissension within the major ruling Palang Pracharath Party.

Critics are convinced that Thammanat’s real intention was not to bring down the premier but to push for a ministerial promotion.

Wanwichit Boonprong, a political scientist at Rangsit University, believes Thammanat may be eyeing the interior minister’s post, having survived a Constitutional Court ruling on his qualification in May and being appointed secretary-general of the ruling party a month later.

The academic explained that the interior minister’s decisions are crucial in boosting the chances of re-election for governing-party MPs. But Anupong, who has served in the post since the 2014 coup, has failed to share or allocate any benefits to Palang Pracharath MPs, Wanwichit said.

“If Thammanat replaces Anupong, he will do a better job of allocating [state] projects to benefit the party’s MPs. I’m pretty sure Thammanat will get support from the MPs, too,” the political scientist said.

Wanwichit believes Prayut will eventually concede and reshuffle the Cabinet at year-end or early next year.

“The bargaining power has now shifted to Thammanat and his faction. He has survived death [politically] and has nothing to lose. He’s like an uncontrollable horse now,” the analyst said.

Yuthaporn Issarachai, a political scientist from Sukhothai Thammathirat Open University (STOU), credits Prawit with restoring unity in the ruling party via the censure vote, despite pressure from Thammanat’s faction.

He said Prawit played a vital role in easing the pressure by overseeing a rare meeting between the PM and Palang Pracharath MPs at Prawit’s Five Provinces Bordering Forest Preservation Foundation before Saturday’s vote.

The premier appeared more relaxed after the meeting, the analyst noted.

“I think the ‘three Ps’ still have a strong relationship. Prawit sat beside Prayut during the vote [in Parliament], signaling that the ‘big brother’ still supports his ‘beloved little brother’,” said Yuthaporn.

Thailand’s Prime Minister Prayuth Chan-o-cha has refuted the Opposition’s claim that his government should be held accountable for all the COVID-19 deaths, as a result of its failures in managing the pandemic, but has vowed to navigate the country through the crises and to rebuild the economy during the last four months of this year.

On Friday afternoon, Prayut met Thammanat at the foundation – which Prawit chairs. Thammanat reportedly offered an apology to the PM for “causing any uneasiness” while blaming the media for “rumors and fake news” about the plot to overthrow him.

In the presence of about 60 Palang Pracharath MPs, Thammanat reportedly told the PM that the politicians and the party wanted his assurance he would work more closely with them, as Prayut had never met with them. The PM promised to adapt himself regarding the matter, the media reported.

For the March 2019 general election, Palang Pracharath – which was founded a year earlier – nominated Prayut as its only prime ministerial candidate although he was not (and still is not) a party member. At that time, Gen Prayut was leading the post-coup junta formed after he seized power as the Army chief in 2014.

Initially led by a group of technocrats, Palang Pracharath has seen periodic infighting between rival factions that have triggered major changes in its leadership. The latest party shake-up saw Thammanat promoted to secretary-general in June.

After rising to the powerful party post, Thammanat promised to turn Palang Pracharath into “a strong political institution”. But judging from the frequent power struggles among its factions, critics reckon the ruling party is still far from that goal.

STOU’s Yuthaporn said Palang Pracharath was not born of a political ideology but rather mutual political benefits. As long as members still enjoy those common benefits, they can still carry on as a political party, he said.

“But this doesn’t mean the party will exist permanently or become an institution. It has grown unnaturally,” said the academic, pointing out that Palang Pracharath was only founded in 2018 before contesting a general election and becoming a ruling party the year after.

“Palang Pracharath is like Frankenstein’s monster. Its body is unnatural and nothing can guarantee it won’t deteriorate. It could eventually become an ad hoc party,” said Wanwichit.

“Ad hoc” here refers to Thai political parties founded with the specific purpose of serving coup-makers’ goal of extending their power beyond the subsequent general election. Such parties have been a feature of modern Thai political history but are often short-lived, collapsing soon after their leader loses popularity. 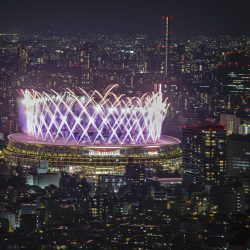