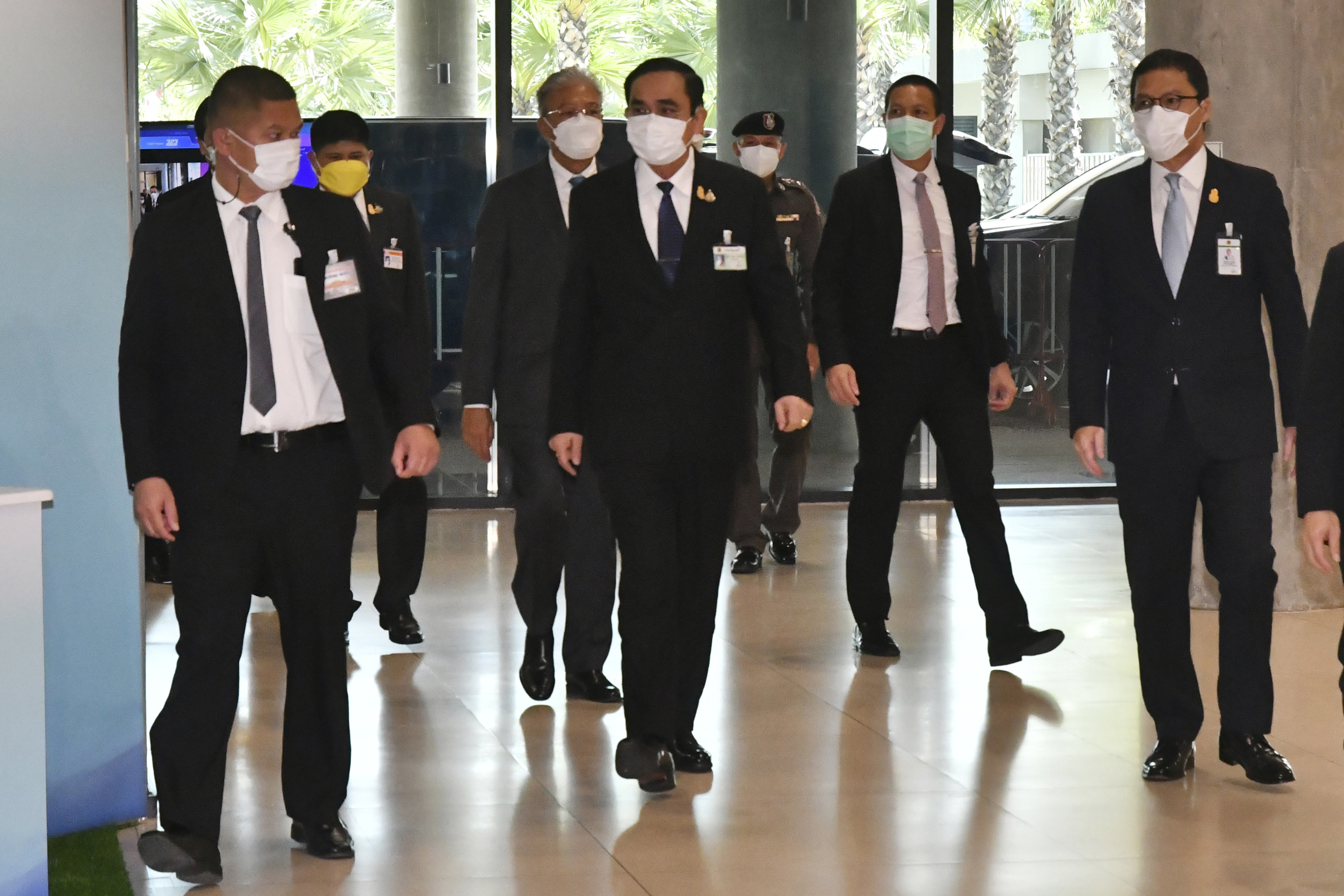 Prime Minister Prayut Chan-o-cha and five of his Cabinet members today comfortably won a vote of confidence from the House of Representatives despite four days of brutal attacks on his integrity and mishandling of Covid-19 pandemic and its economic fallout and  political dissension within the major ruling Palang Pracharath Party.

Prayut won 264 votes of confidence against 208 no-confidence votes. However, his parliamentary support trails behind four other Cabinet members who were also targets of the censure debate.  Labour Minister Suchart Chomklin received the least number of confidence vote at 263 against 201.

The confidence vote came after four days of gruelling attacks by opposition MPs which zeroed in on what they saw as the Prayut government’s failure in dealing with the Covid-19 pandemic and its economic impact.  At one point, an opposition MP also accused Prayut of bribing dissenting MPs within the ruling PalangPracharath Party in return for their political support. However, no evidence has been produced to substantiate the claim.

Prayut survived the censure debate amidst speculation over dissension within the party whose support for his premiership is crucial.  Rumours were rife that some MPs in the party were ganging up with those from other smaller pro-government parties to unseat him.

Here are the full results of the no-confidence vote: 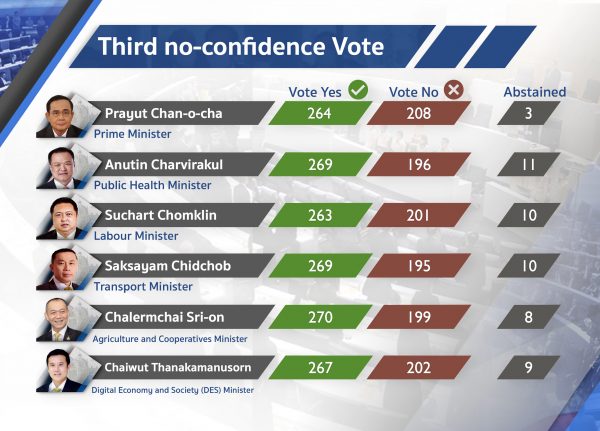 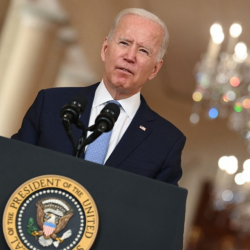 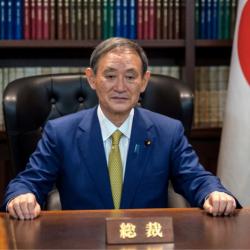