Forest rangers in Khao Laem national park in Thailand’s western province of Kanchanaburi have been instructed to collect and destroy all the animal traps in the park and to track down the poachers responsible for wounding a tiger with one of those traps.

The wounded big cat was captured last week, on one of the 20 camera traps set up by Freeland Foundation conservationists and park officials, eating a buffalo carcass near the scene where a Karen villager had been attacked by a tiger last month. The tiger had lost its right rear paw.

Natural Resources and Environment Minister Varawut Silpa-archa said today (Monday) that forest rangers had found a decomposed tiger paw in one of the traps.

He also said that Prime Minister Prayut Chan-o-cha had expressed concern over the safety of tigers and ethnic Karen villagers who live on the edge of the Khao Laem national park.

Park officials and conservation groups have been discussing ways to deal with the wounded tiger, because it may not be able to hunt in the wild due to its injury. They are considering whether to relocate the wounded animal or allow it to remain in the park.

The villagers, however, have expressed concern for their own safety and the safety of their cattle, as the wounded tiger may return.

Minister Varawut offered moral support to the rangers and assured them that they will get paid, after the cabinet approved a special budget from the Central Fund to hire forest rangers for at least ten months, instead of laying them off due to substantial cuts in the budget for the Department of National Parks, Wildlife and Plant Conservation. 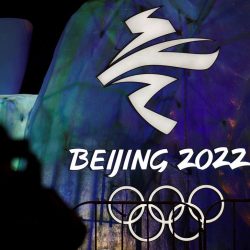