Putin’s daughters, sanctioned by US, hidden from public eye 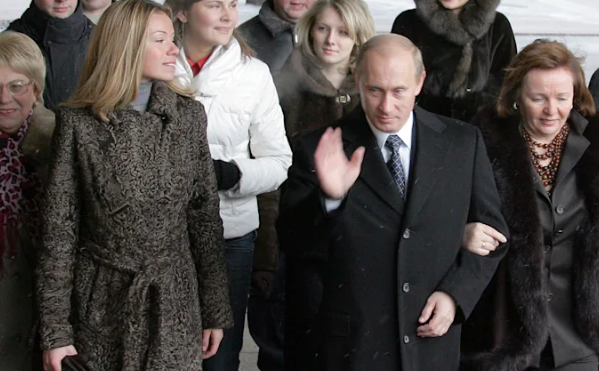 Little is known publicly about Russian President Vladimir Putin’s daughters, sanctioned on Wednesday by the US government over Moscow’s “atrocities in Ukraine.”

The US Treasury identified the daughters as Katerina Tikhonova, “a tech executive whose work supports … the Russian defense industry” and Maria Vorontsova, who leads state-funded genetics research programs “personally overseen by Putin.”

According to Putin’s official biography on the Kremlin’s web site, his daughter Maria was born in 1985 before the family moved to Dresden, where Putin served as a KGB agent.

A second daughter, Katerina was born the next year in Dresden. The only known photo of the women shows them as little girls, with bows in blond braids.

In rare remarks over the years, Putin has disclosed that his daughters received their university education in Russia, speak several European languages and live in Russia. Putin also has grandchildren.

Not much is known officially beyond that, as the Kremlin has kept Putin’s family life firmly out of public sight.

According to Russian media reports, Vorontsova is an endocrinologist who is involved in a large medical research company focused on cancer treatment with ties to the government.

Russian media have identified Tikhonova as a mathematician who heads a science and technology foundation affiliated with Russia’s leading state university.

Tikhonova is also a professional acrobatic rock and roll dancer, who has taken part in prestigious international competitions, according to those reports.

Videos from those tournaments show Tikhonova, wearing glistering fitted costumes stepping onto her partner’s hands and being catapulted into the air for flips and somersaults.

During a press conference in 2019, Putin declined to directly answer a question about his daughters’ growing business clout and their ties to the government, never actually acknowledging that Vorontsova and Tikhonova were his children and referring to them as simply “women.”

“I am proud of them. They continue to study and they work,” Putin said during another press conference several years earlier.

In an interview in 2020, Putin said he doesn’t want to share any information about his family because of “security concerns.”

He did disclose that he has grandchildren, but wouldn’t say how many.

“I have grandkids, I am happy. They are very good, so sweet. I really enjoy spending time with them.” 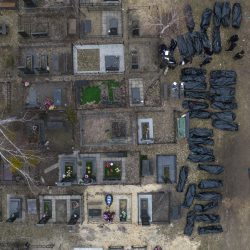 Mariupol's dead put at 5,000 as Ukraine braces in the east 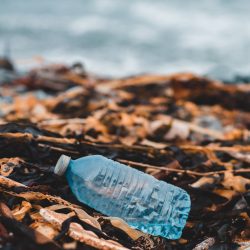