Proxy voting by Bhumjaithai MPs, during the recent debate on the Government’s 2020 budget bill, is threatening to render the bill null and void or, at least, to delay the already late disbursement of the budget until May or June.

The Senate unanimously passed the budget bill on Tuesday, after it was endorsed by the House of Representatives on January 11th.

Prime Minister Prayut Chan-o-cha is so concerned that he called an urgent meeting with deputy prime ministers General Prawit Wongsuwan and Dr Wissanu Krea-ngarm, and the director of the Budget Bureau, during the mobile cabinet meeting in the southern province of Narathiwat on Tuesday.

Informed government sources said that the Prime Minister is worried that, if the proxy voting issue is submitted to the Constitutional Court for consideration, disbursement of budget will be very late and will definitely negatively affect Government investment and development plans.

Chalong has admitted that he left his electronic ID card at the card reader, which he claims to have done before, while he was at home in Phatthalung province to attend a funeral.

Mrs. Nathee, meanwhile, was in China, as part of a delegation from Krabi province when a vote was taken and someone used her card to vote.

A committee, set up at the order of House Speaker Chuan Leekpai to investigate proxy voting, has found that the allegation is substantiated. The committee has recommended that Mr. Chuan suspend the budget bill for three days, to allow a joint sitting of parliament to decide whether the matter should be submitted to the Constitutional Court to determine the legal status of the bill.

The votes of 75 members of both Houses (10%) are needed to refer the budget bill to the charter court.

The proxy voting was exposed by Democrat deputy leader and former Phatthalung MP Nipit Intharasombat, who was defeated by Mr. Chalong in the March 24th 2019 general election.

Proxy voting has previously been considered by the Constitutional Court when it ruled the 2.2 trillion baht loan bill, from the Yingluck Shinawatra government, was ruled invalid in 2014 due to illegal proxy voting. 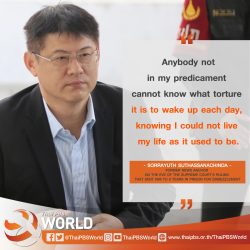 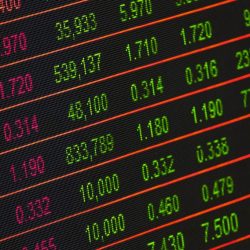