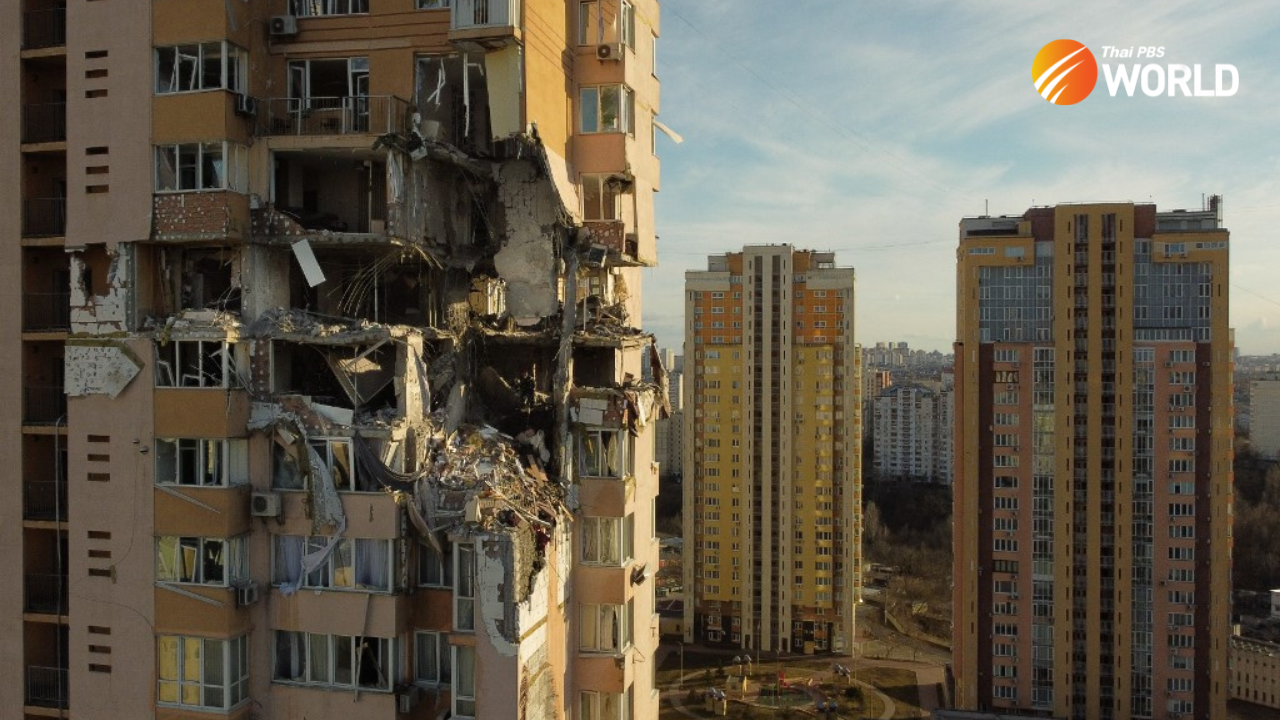 The impact on Thailand’s economy from the Russia-Ukraine conflict will depend on how long the hostilities go on and whether they will escalate, economic observers have noted.

In response to Russian troops invading Ukraine last week, the United States and its allies have imposed sanctions on Russia and Russian leaders, with threats of more stringent actions.

The sanctions imposed by the US, the United Kingdom, the European Union, Japan, and Australia include freezing the assets of Russian banks, the personal assets of President Vladimir Putin and his inner circle, an export ban on materials Russia uses for oil refineries, halting the export of goods such as semiconductors, cutting high-tech imports to stop it developing its military capabilities and stopping major Russian companies and the state from raising funds or borrowing money.

The US has also imposed a travel ban on Putin and his Foreign Minister Sergei Lavrov.

Even before the invasion, Thai consumers had experienced high oil prices, forcing the government to cut excise tax on diesel in an attempt to keep the retail prices below Bt30 per liter.

The war has worsened the situation as world crude prices surged to more than $100 per barrel on Thursday (February 24) when Russia started a military offensive against its neighboring country.

Despite crude oil prices retreating on Friday, as Western countries have not yet banned oil and gas imports from Russia, oil prices remain high at close to $100 per barrel.

Should the West ban the import of Russian oil, it will impact global supply as Russia produces about 10-11 percent of global output, driving prices even higher.

Global oil demand in the fourth quarter of last year was 99.8 million barrels per day versus a supply of 97.8 million barrels, resulting in high oil prices as demand outstripped supply, said Kobsidthi.

Of this total supply, Russia produced 10.8 million barrels a day.

Thailand’s tourism sector has seen a partial recovery since the country reopened to international tourists in November, but the current visitor numbers are way below the 40 million arrivals in 2019, the year before the COVID-19 pandemic struck.

The National Economic and Social Development Council has forecast 5 million foreign tourists this year as Thailand continues to open the country despite a surge in new COVID cases, especially the Omicron variant. The visitors are expected to add Bt420 billion ($13 billion) in revenue to Thailand’s economy.

Kobsidthi, however, expressed concern that tourism could be hit due to the Russia-Ukraine conflict. “The cost of air travel and related transportation will remain high and this will discourage travel,” he said.

The tourism sector had expected a return to normalcy in the next few years, but the latest geopolitical conflict will delay the recovery until 2026, Kobsidthi warned.

The Finance Ministry’s Fiscal Policy Office has forecast the number of foreign tourists to rise to 7 million, of whom 450,000 are expected to be from Russia.

If the Russians are unable to visit because of the war, it could cost Thailand around Bt35.95 billion in potential revenue, equivalent to 0.2 percent of GDP, said Pisit Puapan, executive director of the Fiscal Policy Office’s macroeconomic policy.

Deputy Prime Minister and Commerce Minister Jurin Laksanawisit said his ministry was closely monitoring the impact on logistics for export and import between Thailand and the two countries. From the initial assessment, Jurin said that there are both positive and negative impacts on Thai exports to global markets.

The worrying one is the price of oil because it will affect the costs of transportation and manufacturing, including future product prices, he said.

On the positive side, Thailand could find new markets for products that were earlier supplied by Russia or Ukraine, if they get embroiled in a protracted war.

For example, Russia exports rubber products to the US worth about $170 million per year, while Thailand also exports such goods to the US with an estimated value of over $155 million. Thailand has the potential to replace Russia’s rubber exports to the US market.

There is also an estimated $50 million in Russian fishery exports to the EU each year. Thailand is one country that has the potential to replace fish supplies to the UK. Currently, Thailand’s export of fishery products to the UK is valued at about $50 million per year. However, the situation cannot be fully assessed due to current developments, Jurin said.

Two-way trade between Thailand and Russia last year was $2.8 billion, up 12.8 percent compared to the previous year. Thailand’s exports were worth about $1 billion and imports from Russia were worth $1.8 billion, giving Russia a trade surplus. Major Thai export products were automobiles and parts, tyres, machinery and parts, and canned and processed fruit and plastic pellets. Thailand imported crude oil, fertilizer, and pesticides, ore and steel, aircraft, and gliders.

Bilateral trade with Ukraine was valued at $386.5 million, up 25.6 percent over the previous year. Thailand’s exports to Ukraine were valued at $134.8 million and imports of Ukraine’s products were worth $251.7 million. Thailand’s major export products were automobiles and parts, rubber products, canned and processed fruit, canned seafood, and plastic beads. Thailand imported plants and plant products, iron and steel, logs, sawn timber and products, metal scraps and ore, and mineral products from Ukraine.

Nouriel Roubini, the well-known economist who had predicted the 2008 “Hamburger crisis”, has warned that the Ukraine war could escalate conflicts between the world superpowers — the US and the West on the one side against Russia, China, North Korea, and Iran on the other.

“In terms of the economy, a global stagflationary recession is now highly likely,” he wrote on Project Syndicate.

The war in Ukraine may trigger a massive negative supply shock in a global economy that is still reeling from COVID-19 and a year-long build-up of inflationary pressures. The shock will hit growth and further increase inflation at a time when inflation expectations are already becoming unanchored, he predicted. Russia and Ukraine are major exporters of raw materials and food products.

Before the invasion, the International Monetary Fund had predicted the global economy would continue to expand at 4.4 percent this year compared to 5.9 percent last year. It believed that advanced economies would grow at 3.9 percent versus emerging markets and developing economies at 4.8 percent.

Meanwhile, Anusorn Tamajai, former dean at Rangsit University’s Economics Faculty, worried that Thailand had a high chance of entering stagflation as the country is heavily dependent on oil and energy imports. Global chip and semiconductor supplies might go down, impacting exports of automobiles and electronics.

In a strong move that could have wide repercussions, the EU, US, and their allies decided to cut off a number of Russian banks from the Society for Worldwide Interbank Financial Telecommunication (SWIFT), the main international payment system, and also freeze the assets of Russia’s central bank. The move will severely limit Russia’s ability to access its overseas reserves.

The intention is to “further isolate Russia from the international financial system”, a joint statement said. The sanctions are the harshest measures imposed to date on Russia over its invasion of Ukraine.

SWIFT is a secure messaging system that facilitates quick payments in international trade.

Speaking earlier on the issue and its potential impact on Thailand, Bank of Thailand assistant governor Chantavarn Sucharitakul said she was not sure whether a final decision had been made on cutting Russia from SWIFT.

Some news reports suggested that Germany was not in favor of that option as it would impede German importers of energy from remitting payments to Russia.

“We are closely monitoring developments,” Chantavarn said, adding it was early to make comments on the emerging situation.