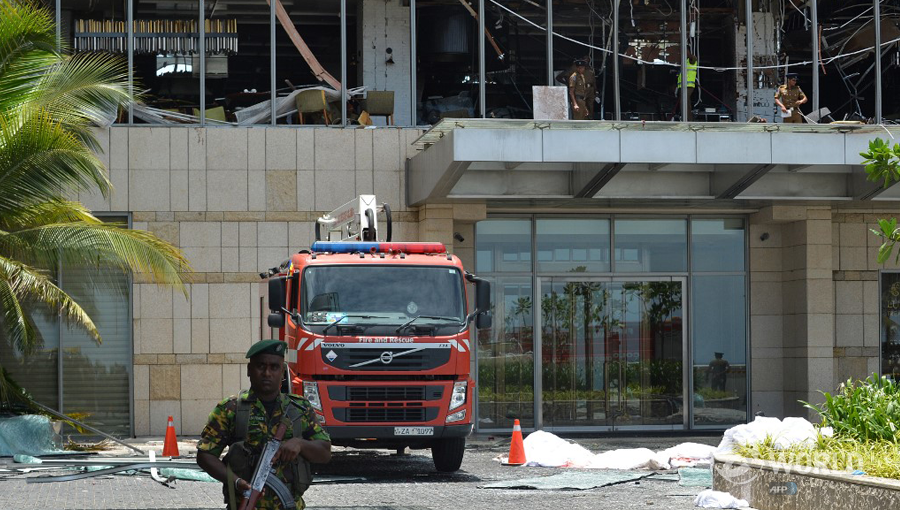 Islamist suicide bombings that killed more than 300 people in Sri Lanka at the weekend were carried out in revenge for last month’s attacks on two mosques in New Zealand, the government said Tuesday, citing an initial police probe.

The revelation came as the death toll in the Easter Sunday bomb attacks on churches and high-end hotels rose to 321, with hundreds more wounded and still in hospital.

“The preliminary investigations have revealed that what happened in Sri Lanka was in retaliation for the attack against Muslims in Christchurch,” state minister of defence Ruwan Wijewardene told parliament.

Fifty people were shot dead on March 15 at two mosques in the New Zealand city by an avowed white nationalist.

Police have detained at least 40 people as they investigate the worst act of violence in the country since a civil war ended a decade ago.

On Tuesday, grieving Sri Lankans began to bury their dead and the country was observing a day of national mourning.

Three minutes of silence were marked nationwide from 8:30 am (0300 GMT), the time the first suicide bomber struck on Sunday, unleashing carnage at three hotels and three churches packed with Easter worshippers.

Flags were lowered to half-mast on government buildings, and liquor shops were ordered closed for the day.

Hours earlier, the government imposed a state of emergency giving police and the military special powers including the ability to arrest suspects without a court order.

More than a thousand people gathered Tuesday at St Sebastian’s Church in Negombo, north of the capital, which was among those hit in the blasts, to pay tribute to the dead.

An elderly man wept uncontrollably by the coffin bearing the body of his wife, while relatives of other victims stood aghast and silent.

Thaksin given 3-year imprisonment for Exim Bank's loan to Myanmar