Potjaman, Paetongtarn and Thaksin: the power triangle behind Pheu Thai 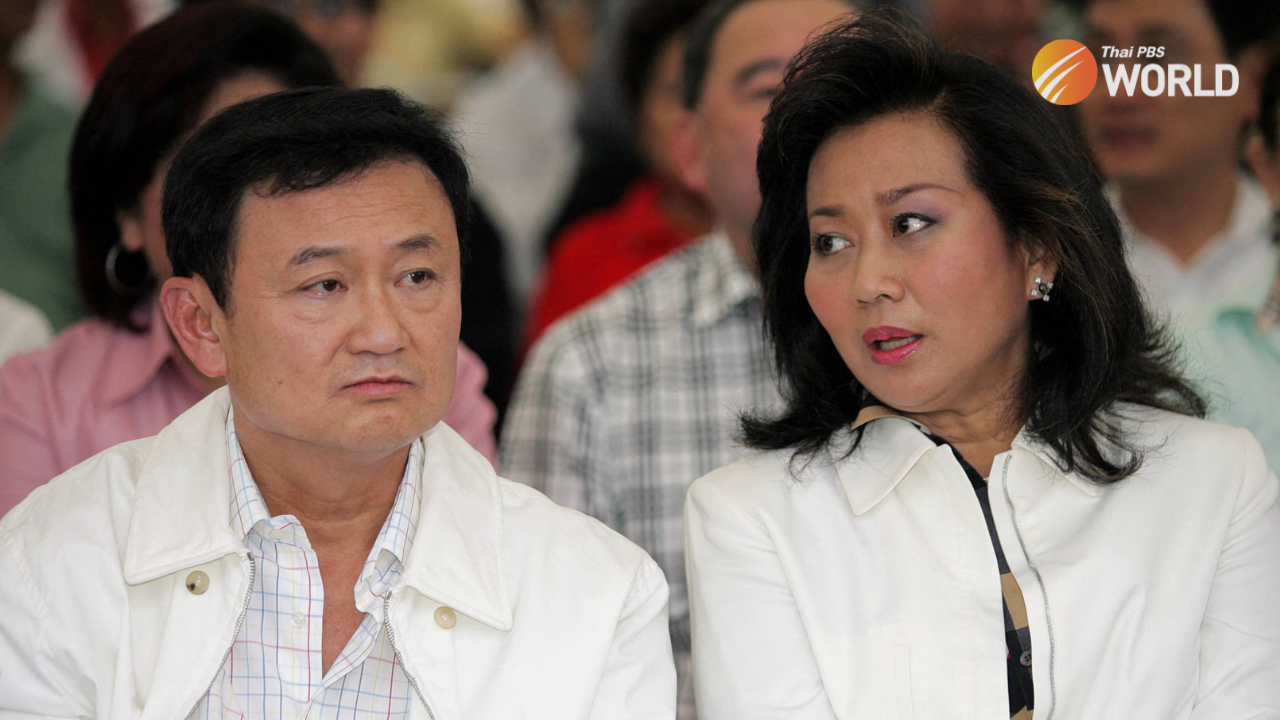 Khunying Potjaman Damapong’s rare appearance at a Pheu Thai Party rally on September 10 was viewed as symbolic for a woman believed to be the party’s de-facto chief.

Her ex-husband, deposed former prime minister Thaksin Shinawatra, denied there was any special significance to her presence, saying Potjaman was simply there to offer their youngest daughter Paetongtarn moral support as she addressed the Chiang Mai crowd.

Potjaman is known to be among Pheu Thai’s most powerful figures despite holding no executive post in the main opposition party. But she has kept a low profile since Thaksin’s Thai Rak Thai Party was dissolved by court order 15 years ago.

Occupying a role behind the scenes, she has occasionally been spotted meeting with key party figures. Late last year, a senior Pheu Thai figure even suggested to Thaksin that Potjaman should become party leader. But he rejected the idea, claiming his ex-wife had “no interest in politics”.

For many observers, Potjaman’s rare political appearance in Chiang Mai — the Shinawatra family’s political stronghold — was meant to send a signal that Pheu Thai is launching its campaign for the next general election.

The election must be called by March next year when the House of Representatives’ four-year term expires.

“Potjaman is an influential figure on whom Pheu Thai politicians can rely. Her appearance is a guarantee that Pheu Thai is now ready both in terms of popularity and money [to contest the next election],” said Wanwichit Boonprong, a political science lecturer at Rangsit University.

“She wants to mobilize all of the party’s resources and support for her daughter,” the analyst added.

Also, the election countdown means incumbent MPs must now decide which political party they will run for. Several Pheu Thai MPs have already switched to other parties.

So, Potjaman’s attendance at the party event was also aimed at halting any further defections, said Wanwichit.

“Potjaman is smart. She can see that the [Shinawatra] family is now legally safe. For now, the only choice is to get Thaksin back,” said Nipit, who is deputy leader of the new Sarng Anakot Thai Party.

Nipit noted that Potjaman has kept out of the public eye since Thaksin fled the country to live abroad in 2008.

In October 2008, just months after he left the country, the Supreme Court’s Criminal Division for Political Office Holders sentenced Thaksin to two years in jail for abuse of power. Three other court cases have since added a total of 10 years to Thaksin’s sentence.

Paetongtarn made her political debut last October at a Pheu Thai rally in Khon Kaen, following her introduction as the party’s chief adviser on participation and innovation.

Since then, she has been regularly promoted as the figure who will head Pheu Thai’s election campaign, although the party’s official chief is Cholnan Srikaew, leader of the opposition.

Pheu Thai seems to believe in Paetongtarn’s ability to attract young voters while appealing to supporters of her father, Thaksin.

In March, the 36-year-old was appointed “head of the Pheu Thai Family”, a new party position apparently specially created for her. The party is aiming for a landslide victory in the election, which is expected early next year.

However, Pheu Thai has yet to officially announce Thaksin’s youngest daughter as its prime ministerial candidate. Analysts said the party wants to test the water and gauge public sentiment first.

But for political pundits, Paetongtarn seems to be Pheu Thai’s best available option.

However, analysts believe Pheu Thai will face a dilemma if it nominates Paetongtarn as its candidate for prime minister.

Wanwichit said that if she is named as PM candidate, Paetongtarn is certain to be attacked as the latest member of the Shinawatra dynasty.

Paetongtarn will also face criticism over her vow to “bring her father home”.

Thaksin, who was toppled in the 2006 military coup, has been convicted in absentia in several corruption cases stemming from his government’s policies. He claims the charges against him were politically motivated.

Thaksin also told supporters recently that he would soon be able to return to Thailand – though like Paetongtarn he did not say how. His remarks sparked speculation that he had reached a deal with the powers-that-be in Bangkok.

In 2013, a bill for blanket political amnesty during Yingluck’s tenure was expected to pave the way for Thaksin’s return but instead led to massive street protests and the May 2014 military coup.

Paetongtarn needs to clarify her stance on her father, said Wanwichit. “Simply announcing that she will bring her father home could backfire. The conservatives may reunite to oppose her,” he explained.

Sukhum, a former rector of Ramkhamhaeng University, said that although Paetongtarn appears to be more popular than the chiefs in government, her vague vow to “bring Thaksin home” may see Pheu Thai lose votes.

“The [election] result may go against the party because people do not want to see another political crisis,” the analyst said.

“Pheu Thai has to clarify how Thaksin is going to come home [without having to serve his prison terms]. The last time they tried it with the amnesty bill, there was a big problem in society,” he said.

Meanwhile, Wanwichit said that at 36, Paetongtarn is seen as too young to lead the country, especially given that the current bureaucracy has been under the power of Gen Prayut and his cohorts for eight years since the coup. She would certainly face resistance and tough scrutiny, he added.

“The next election will be Thaksin’s final and big gamble. He obviously wants his party to win by a landslide, but that will be too difficult to achieve,” the analyst predicted. 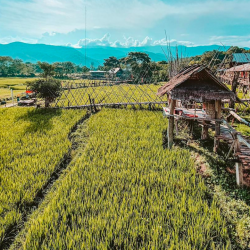 Soothing tired eyes with a hundred shades of green 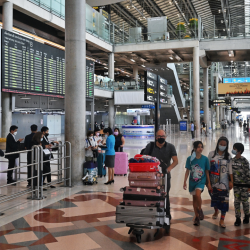