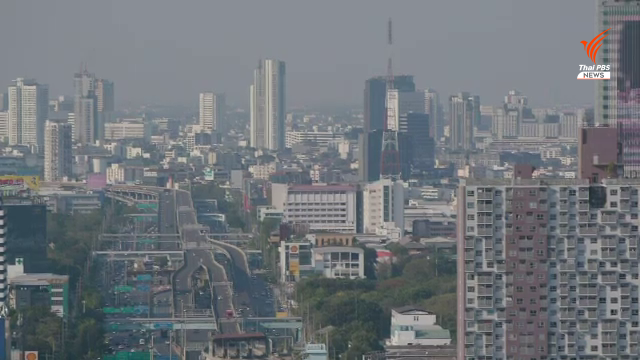 People in Bangkok and its suburbs have been warned to brace for the return of excessive amounts of PM2.5 dust, from this Thursday through December 29th, due to poor air circulation.

Both the Bangkok Metropolitan Administration (BMA) and the Pollution Control Department are, however, well prepared to cope with the situation as they have had measures in place since December 1st, some of which have already been implemented, according to the BMA’s spokesman.

He said that measures are to be taken in line with the changing situation. For instance, if the amount of PM2.5 in the air exceeds50 microns, six-wheel trucks will be banned from entering the city from 6am to 9pm, air quality measurement devices are installed in 50 districts of Bangkok and 20 public parks, clinics at city-run hospitals have been opened to treat victims of air pollution, a campaign to encourage people to wear face masks while they are outdoors has been launched and control of pollutants from factories and construction sites has been increased.

If the amount of PM2.5 exceeds 50 microns, all schools run by the city administration will be closed for three days and city officials will suspend all construction activity which produces dust and burning of waste in the open will be banned.

If the amount of PM2.5 exceeds 75 microns, construction of the train projects will be suspended for 5-7 days, all city-run schools will be closed for up to 15 days and all city officials will work on staggered hours to reduce their use of private cars.

The Pollution Control Department reported, via the Air4Thai webpage, that air quality in all parts of Thailand, including Bangkok, currently ranges from moderate to very good. 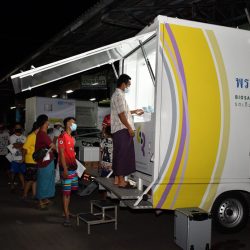 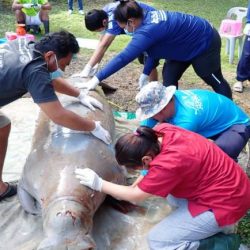