Prime Minister Prayut Chan-o-cha has reportedly appealed to members of the public to not feed pigeons in public places following concerns that they could be carriers of diseases beside posing a public nuisance.

Informed government sources said many complaints have been lodged with the Government House by people complaining of the presence of huge flocks of pigeons in many public places.  They said the birds have been causing disturbances to passers-by and people living in the neighbourhoods.

The prime minister reportedly cited the case of a pier close to Wat Rakang Kositaram in Bangkok where people still keep feeding the pigeons despite the no feeding signs.

The sources said the complaints prompted the prime minister to instruct the Bangkok Metropolitan Administration, provincial administrations and local administration bodies across the country to launch a campaign to discourage people from feeding the pigeons in areas under their responsibility. 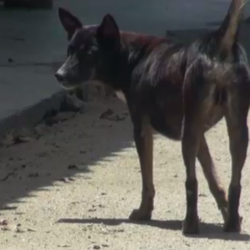