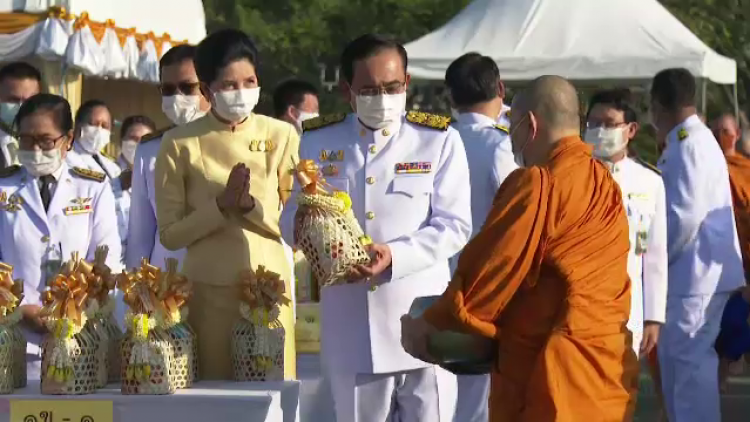 Prime Minister Prayut Chan-o-cha and his wife led members of the cabinet, the Privy Council, parliament, the judiciary, the armed forces, senior officials and their spouses and the public in a merit making ceremony at Sanam Luang this morning (Saturday), to commemorate the anniversary of the birth of the late King Bhumibol, which is also National Father’s Day.

After the ceremony, they presented alms to 189 Buddhist monks and placed trays of beautiful flowers, in the form of a chedi, in front of a huge portrait of the late King.

All the excess alms presented to the monks will be donated to welfare homes, under the supervision of the Ministry of Social Development and Human Dignity, and temples which are short of necessities.

The government, meanwhile, has invited the public to join Their Majesties the King and Queen at a candle-lit ceremony this evening at Sanam Luang, to pay homage to the late King Bhumibol.

Several activities and exhibitions, featuring the late King’s activities and contributions to Thai society, are being held at Sanam Luang, on Sanam Chai Road and in front of the Defence Ministry today and tomorrow until 9pm. 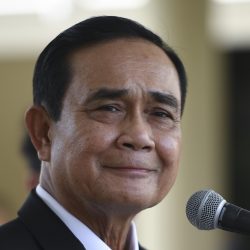 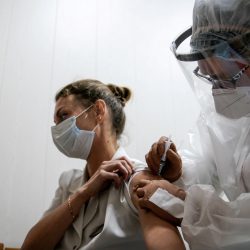