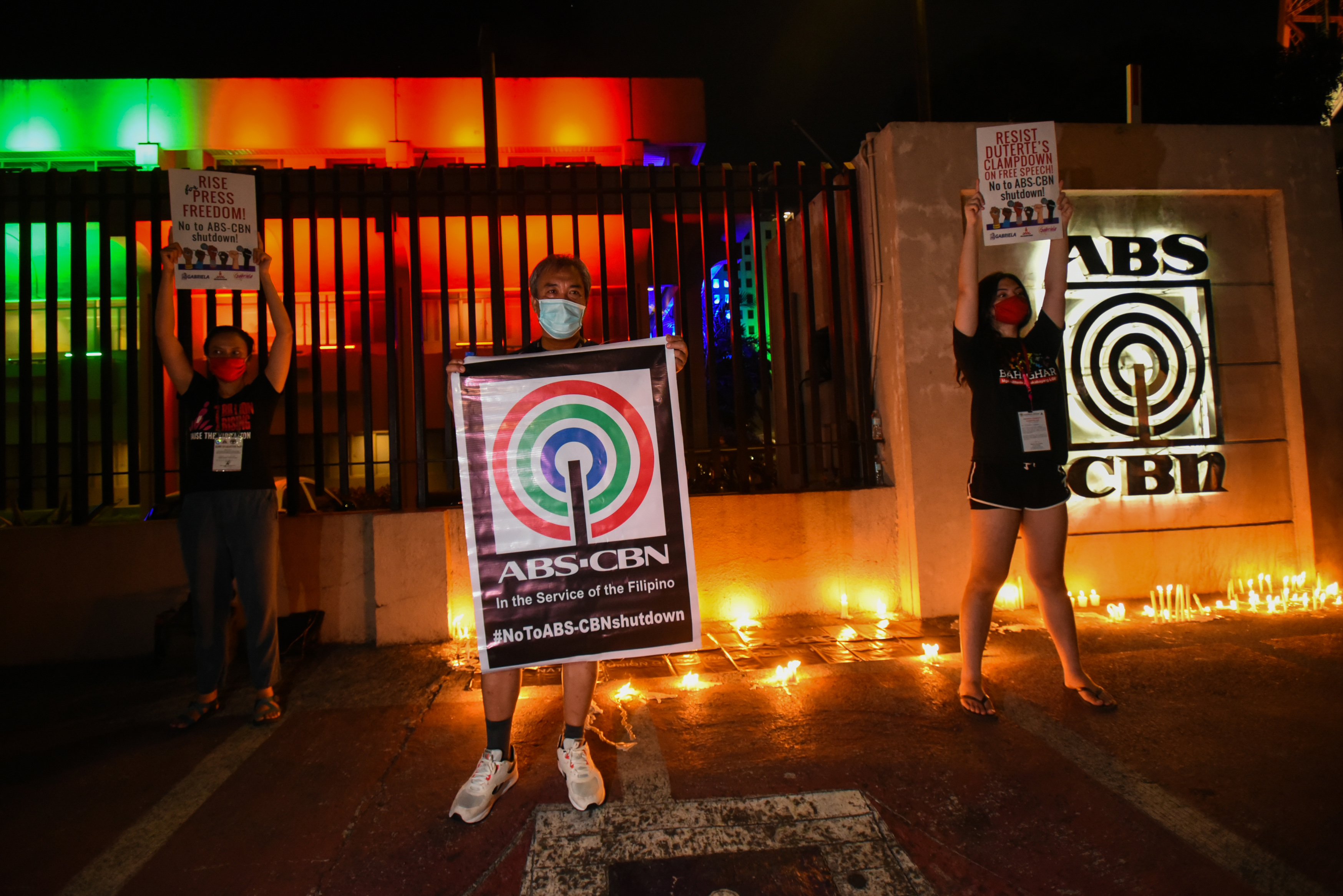 Workers of ABS-CBN and members of the National Union of Journalists of the Philippines rally to show support for the broadcaster in Manila on May 5, 2020. – The Philippines’ top broadcaster ABS-CBN on May 5 was ordered off the air over a stalled operating licence renewal, drawing fresh charges that authorities were cracking down on press freedom. (Photo by Maria TAN / AFP)

Duterte has repeatedly threatened to block the renewal of ABS-CBN’s franchise, after the channel angered him during the 2016 presidential election by refusing to air his campaign commercials.

Opposition lawmakers described the order for the channel to suspend operations as “ill-timed” given the need to inform the public in the battle against the coronavirus outbreak in the country.

In a statement, ABS-CBN said it will stop operations Tuesday evening to comply with the order from the National Telecommunications Commission, while also imploring lawmakers in Congress, the lower house of parliament, to renew its franchise, which expired on May 4.

“We trust that the government will decide on our franchise with the best interest of the Filipino people in mind, recognising ABS-CBN’s role and efforts in providing the latest news and information during these challenging times,” the channel said in a statement.

Presidential spokesman Harry Roque said the government was grateful for the broadcaster’s service, but ABS-CBN’s fate lay with the Congress.

The channel also said it had been given assurances that it could carry on broadcasting while the bills to extend its franchise still lay with the Congress.

Yet, NTC Deputy Commissioner Edgardo Cabarios said that the order for the channel stop operations took immediate effect, but added that ABS-CBN could appeal through the courts. The regulator also gave ABS-CBN 10 days to respond and explain why frequencies assigned to it should not be recalled.

Antonio Albano, vice-chairman of the lower chamber’s committee on legislative franchises, said Congress will order the telecoms body to explain its action.

“We are up in arms against this,” Albano told DZMM, adding that only Congress can grant or revoke franchise.

An opposition senator said the closure of the channel undermined the fight against the coronavirus outbreak, which has infected more than 9,600 people in the Philippines, and killed more than 600. 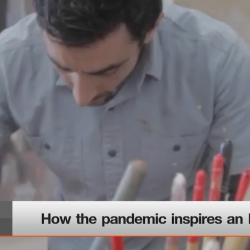 How the pandemic inspires an Irish artist

THAI told to shape up before it gets government financial support