Pheu Thai party leader Sompong Amornvivat has quashed a rumour that key members of the party have been promised a 900 million baht project in exchange for dropping Transport Minister Saksayam from the list of ministers to be censured in the upcoming debate.

He claimed to be have been totally unaware of the matter until he saw a report in the newspapers today, adding that he has never spoken to Mr. Saksayam, either personally or through a middle man.

Regarding the censure debate, Mr. Sompong said that the issue remains open and is still under consideration by the party’s special operations committee, headed by former MP Chalerm Yubamrung.

On the question of who will be censured, he explained that the decision does not rest with the Pheu Thai party alone, but with all opposition parties and on the availability of incriminating evidence against the ministers to be targeted.

Pheu Thai party sources say that, at the meeting of Chalerm’s committee on January 14th, some members were confused as to why the committee was still unable to clarify which ministers are to be censured.

The sources added that several MPs questioned why Deputy Prime Minister Prawit Wongsuwan and Transport Minister Saksayam are excluded from the list of targets, despite the fact that they have substantial evidence against them.

Regarding General Prawit, Chalerm explained that the scandal over the “borrowed” expensive wristwatches was already over, after the National Anti-Corruption Commission cleared him of any wrongdoing. 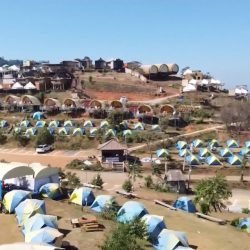