Deputy Agriculture Minister Mananya Thaiseth has told traders of three hazardous farm chemicals that she is ready to sign export permits within three days so they can ship the substances out of the country.

The traders, however, who have in their possession 38,855 tonnes of paraquat, glyphosate and chlorpyrifos according to the latest stocktake, are doubtful that the substances will be accepted abroad because they have been adulterated.

Ms. Mananya met with importers’ representatives, producers and traders of the chemicals for discussions about how to deal with the remaining inventory, as the December 1st ban approaches.

During the meeting, Mr. Sakol Mongkolthammaul, representing the Thai Plants Protection Association, complained that they have not had the opportunity to explain their side of the story regarding the ban, despite having been operating in the business legally for decades.

“We have bought the substances. Now we are told to return them. I doubt they will accept them” said Mr. Sakol, adding that Thai importers bought the chemicals in their concentrated form and have, correctly, diluted them prior to their sale to Thai farmers.

Mr. Charuek Sriputthachat, of the Thai Farming Business Association, suggested that the December 1st deadline be postponed, to give more time for the traders to deal with the residual inventory. He also noted that incinerating the chemicals will be difficult because it will generate toxic fumes.

Dr. Woranika Narkwatchara, of the Association of Innovations for Thai Agriculture, said the ban does not mean the end of the problem, because it will impact the import of animal feed from countries which still use the three chemicals, adding “The traders have proper permits.  Then, all of a sudden, the government bans the substances and tells us that we must be held accountable for disposing of them.  This is unacceptable.”

Deputy Agriculture Minister Mananya, however, maintained that the ministry had taken into careful consideration all aspects regarding the three substances, with the primary aim of the ban being to protect consumers and farmers from health threats that the three chemicals pose.

As far as she is concerned, she said that the ban remains unchanged adding, however, that she is ready to sign the export permits. 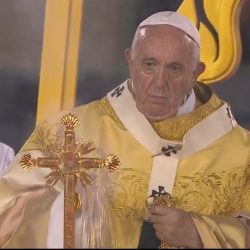