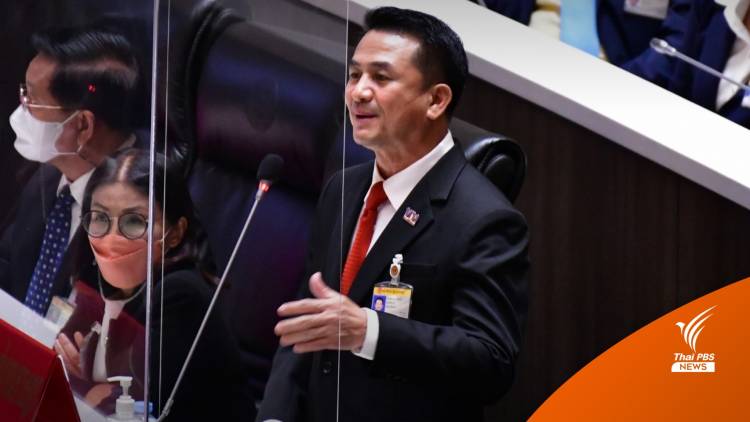 The opposition wasted no time today (Tuesday), the first day of the three-day debate in the Lower House, in attacking the annual budget bill, which they describe as incorrectly proportioned and prepared by “incompetent, visionless” government.

Taking to the floor to grill the government over the 3.18 trillion baht budget bill for the 2023 fiscal year, after its presentation by the prime minister, Chonlanan said that the opposition cannot accept the bill because there is no guarantee that it will address all the pressing problems confronted by the country caused by the government’s incompetence.

He said that the budget bill had been prepared without taking into consideration the changing situation and alleged that there are indications of corruption and nepotism, citing, for instance, the budgets for both the Department of Highways and the Department of Rural Roads, which have increased substantially to over 130 billion baht, but were partially concealed in the budget as a logistics development plan.

Chonlanan further claimed that the Pheu Thai party is more capable than the government in drafting a budget bill which will address all the pressing problems and bring the country out of the crises.

He said there is no point in vetting the bill during the scrutiny process, because it is not worth consideration in the first place and should be ditched.

He also demanded that the prime minister quit if the bill fails in its first reading by the Lower House.

Responding to Chonlanan’s allegation of suspected corruption, the prime minister said that the opposition can take the case to court if they have the evidence.

Responding to another accusation, that the investment budget for the current fiscal year, which was cut from 624 billion baht to 611 billion baht during the House scrutiny period, the prime minister explained that he was not in a position to order the budget cut and the issue had to be considered by the cabinet.

In a tit-for-tat, he then referred to the remark made by an unnamed former prime minister, believed to be Thaksin Shinawatra, who said that people in any province which did not vote for his party does not deserve to get investment budget. 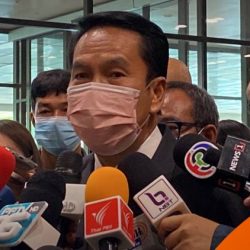