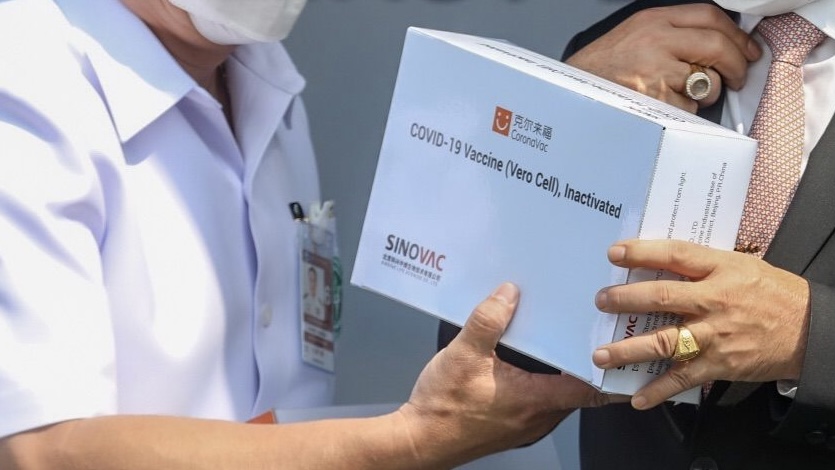 China has pledged to provide Thailand with up to one million doses of vaccines to speed up inoculation against the deadly virus here as the country is facing a new surge of the pandemic, according to a highly-placed source.

He reportedly made the pledge during a 70-minute phone conversation with Deputy Prime Minister and Foreign Minister Don Pramudwinai on Thursday. The two also discussed bilateral issues including the Covid-19 situation in the region as well as the crisis in Myanmar.

Thailand was the first ASEAN country to import Sinovac on a commercial basis, with the first lot of 200,000 doses delivered at the end of February. Due to the ongoing surge in infections following the Songkran festival, the domestic demand for vaccines has increased dramatically. As of April 24, the uptick in cases has reached 53,022 with 129 deaths.

In his national address Friday night, Prime Minister Prayut Chan-o-cha said the Chinese government will donate 500,000 additional does to Thailand.

Over the past few weeks, the Prayut government has been under severe attacks from opposition parties and civil society organizations for what they see as the sluggishness of its vaccination programs.

The worsening Covid-19 crisis forced Prayut to cancel his participation in the ASEAN leaders’ meeting in Jakarta this afternoon. He told Indonesian President Joko Widodo that he needed to remain in Thailand to manage the pandemic.

The combination of a new wave of COVID-19 and delayed vaccination is set to wreak more damage on Thailand’s economy, with people’s incomes falling further and business risks rising. Slow vaccination progress coupled with a surge of infections has prompted Kasikorn Research Centre to lower its growth projection for the Thai economy this year from 2.6 percent to 1.8 percent.

The Ministry of Public Health has been on the lookout for new sources of imported vaccines, which now include the Russian-made Sputnik V. Public Health Minister Anutin Charnvirakul confirmed last week that the US pharmaceutical company Pfizer has agreed to sell 10 million doses of vaccine to Thailand.

During the telephone call, Wang Yi briefed Don on China’s overall approach to the developments inside Myanmar. He said that the meeting of the regional leaders, which is scheduled to take place this afternoon at the ASEAN Secretariat in Jakarta, is very timely and also very important.  He added that China expects that the meeting to play a constructive role in easing the crisis in Myanmar.

Wang Yi reportedly listed three objectives China wants to see achieved in Myanmar. Firstly, Beijing would like to see political reconciliation in Myanmar as soon as possible. As such, Myanmar people themselves must seek new understanding through political dialogue under the constitution and legal framework to advance the hard-won democratic transformation process.

Secondly, he said China values the constructive role being played by ASEAN whose so-called “ASEAN Way” respects unity, tolerance and consensus. China believes that ASEAN can safeguard peace and stability in Myanmar and in the region. Finally, Wang Yi said all efforts must be expended to prevent “an improper outside intervention”.

Wang Yi and Don share the view that the special meeting in Jakarta will enable all parties concerned to have “a soft landing” and work on future dialogue and the reconciliation process. 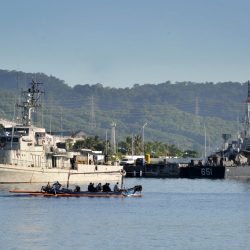 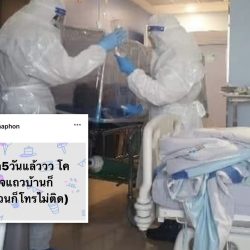