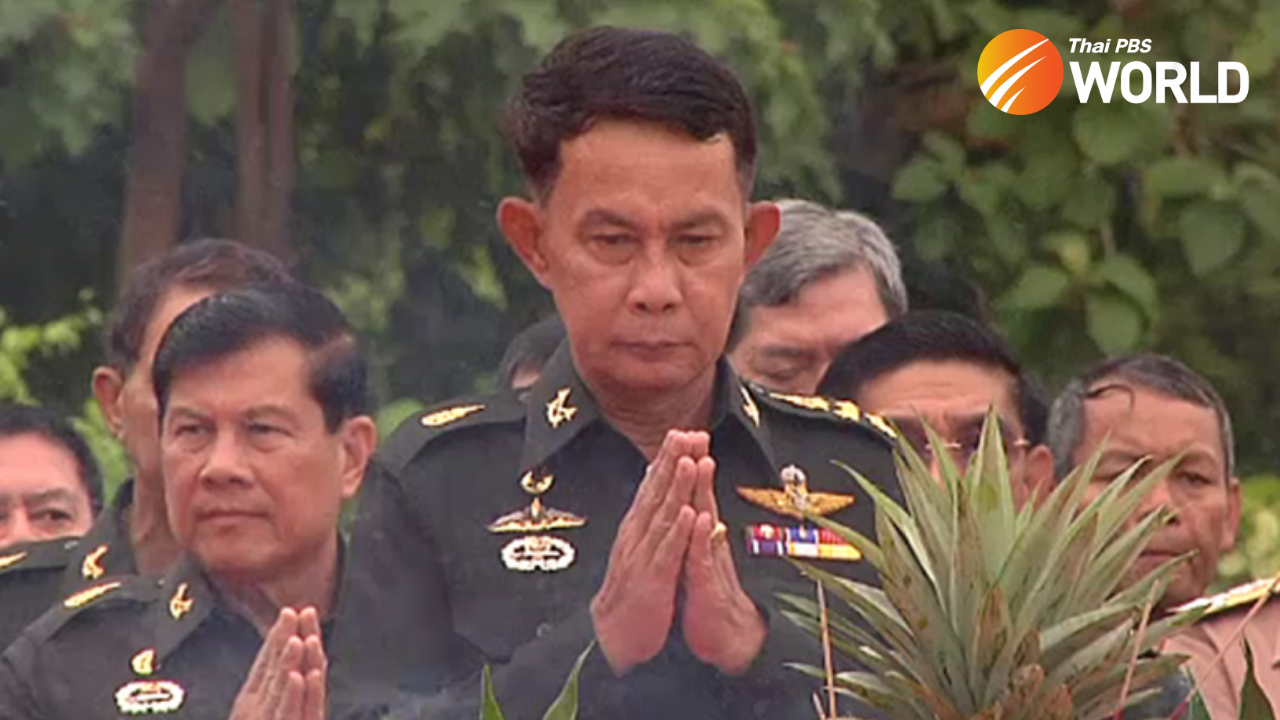 The National Anti-Corruption Commission (NACC) has accused General Preecha of concealing his assets while serving in the junta-appointed National Legislative Assembly (NLA).

The NLA was set up after the May 2014 coup, which was led by General Prayut.

Preecha, 64, may submit evidence to rebut the allegation before the NACC decides whether to forward the case to public prosecutors for legal action, NACC deputy secretary-general Niwatchai Kasemmongkol said on Tuesday (June 8).

If Preecha is formally charged, his case will go to the Supreme Court’s Criminal Division for Political Office Holders, as per NACC regulations.

Preecha, a senator and former Defence Ministry permanent secretary, is accused of failing to declare his mansion in Phitsanulok worth over Bt10 million, along with millions in his wife’s savings accounts.

On Tuesday, Preecha insisted he had declared his assets and liabilities correctly and was ready to provide more information if necessary. He had “explained everything” to the commission in January and February, and would now let the law run its course, he added.

In his declaration handed to NACC in August 2014, Preecha reported total assets of Bt63.4 million, plus Bt63.7 million belonging to his wife Pongpan.

Although he was not among the coup-makers under big brother Prayut, Preecha stood to benefit from the coup. He was appointed to the NLA in July 2014 – a seat he retained even after retiring as Defence Ministry’s permanent secretary in September 2016.

In May 2019, Preecha quit the NLA and was appointed as a senator and member of the Senate committee on tourism. He was among several senior military officers chosen for the tourism panel in April 2020 despite questions over their eligibility.

The opposition described Preecha’s appointment as nepotism, but he denied his brother had a hand in his new posting.

Born in Bangkok on July 8, 1956, Preecha graduated from the Armed Forces Academies Preparatory School and later the Chulachomklao Royal Military Academy. He served most of his military career in the Third Army Area, which has jurisdiction over the North.

Thailand’s National Anti-Corruption Commission (NACC) has decided unanimously in favour of serving a notice on Gen. Preecha Chan-o-cha, a senator and younger brother of Prime Minister Prayut, to acknowledge a charge of concealing assets belonging to himself and his wife while he was a member of the National Legislative Assembly, a parliamentary body active during the military regime of 2014-2019.

General Preecha and his family ran into several controversies after elder brother Prayut came to power.

In December 2016, anti-corruption activist Veera Somkwamkid declared a new mansion being built in Phitsanulok worth “tens of millions of baht” belonged to Preecha. The general confirmed his ownership, but later explained that he did not include the mansion in his asset declaration because it was not completed at that point.

Meanwhile, Isra News reported in November 2016 that Preecha’s wife failed to declare about Bt12 million she held in an Army savings cooperative account.

The general came under more criticism after two construction firms run separately by his sons, Pathompol and Patipat, won projects from state agencies following the 2014 coup.

The agencies include the Third Army Area Command in Phitsanulok, where Preecha served as regional commander before being named deputy Army chief in 2014.

Preecha’s younger son, Patipat, was hired by the Third Army Area and given the rank of second lieutenant. The young man then quit after his father, then serving as Defence permanent secretary, was hit with heavy criticism over the appointment.

In 2018, Patipat set up a contractor firm and worked with his older brother to vie for government contracts, BBC Thai reported.