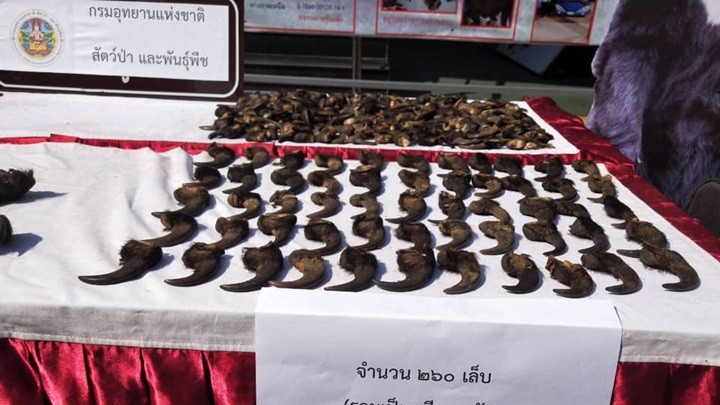 Police and forest officials have seized 1,666 Asia black bear claws and arrested four men, including a Vietnamese and a Laotian, in a major bust of transnational wildlife carcass trafficking gang.

Acting on a tip-off that a large shipment of carcasses of protected wildlife species were to be sent to Laos on a bus on January 19, police and forest officials set up a roadblock in Wang Noi district of Ayutthaya province.

When the bus arrived at the roadblock at about 4 pm, the officials ordered the bus to stop and conducted a thorough search which uncovered a bag in a compartment near the driver, identified as Kratai Sisuvan, a Lao national.

Inside the bag, they found 1,666 Asiatic black bear claws.

Information extracted from the bus driver led police to the arrest of a Vietnamese, Nguyen Van Herb, and two Thais, Thamnoon Kongdee and Warapong Panjam.

Pol Gen Chalermkiart Sriworakhan, the deputy national police chief, said the arrest of the four men was the result of a follow-up investigation after the recent arrest of a Vietnamese and the seizure of about one million baht worth of ivory products.

He said that the bag containing the bear claws was hand-delivered to the bus driver by a Vietnamese, identified only as Minh and meant to be sent to Pakse in Laos where it would be picked up by another Lao man and to be sent to buyers in a third country.

He said that the 1,666 bear claws came from at least 83 slaughtered black bears, adding that the claws would be used to make decorative items or amulets which could fetch between 8,000-10,000 baht apiece. 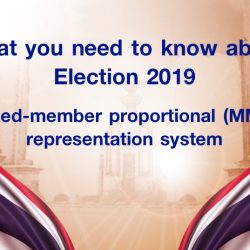 What you need to know about Election 2019: Election of MPs