Officials from Thailand’s Marine and Coastal Resources Department were yesterday sent to Bang Saen beach, in the eastern province of Chon Buri, to investigate the source of oil which has washed ashore.

The oil was found along two kilometers of the beach, with more slicks seen on the surface of the sea.

Witnesses said they detected a strong smell of oil and found the oil on the beach after the 8am at high tide.

Officials said that they still cannot determine the source of the oil, but water samples from the sea in the area have been sent to a lab for tests. The initial results of tests, however, show it is still up to standard.

In late January this year, Mae Ram Phueng beach, in Rayong province, was hit by a major oil spill of crude oil, which had leaked from a ruptured submarine pipeline operated by the Star Petroleum Refining Company, prompting a major clean-up operation. Maintenance operations to fix the ruptured pipeline took several weeks to complete.

The oil spill heavily impacted hotel, tourism, and fishing businesses in the area. 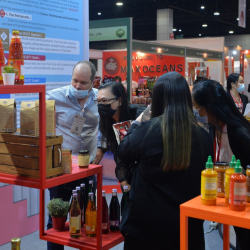