Nothing to fear, nothing to lose – Kobkarn Wattanavrangkul

“Bringing good things to life means that whatever we are doing, be it business, industry, banking, tourism or sport, you help people to have a better life, especially people in Thailand.”

This is Kobkarn Wattanavrangkul’s personal philosophy in life. She is widely acknowledged as being one of the most successful businesswomen in Thailand, and once served as the country’s Minister of Tourism and Sports.

Currently, Kobkarn is the Chairwoman of Toshiba Thailand and of the board of Kasikorn Bank. Most recently, she has also been appointed as the Vice-Chair of the Thai Chamber of Commerce.

Kobkarn opines that the ways of working in the private and government sectors are completely different, as business CEOs have control of their own direction.

“We decide our own destiny,” she explains. “We make quick decisions, and if we need to change, we change from time to time or all the time, because otherwise we cannot survive in the private sector.”

On the government side, however, every decision they make requires approval from the cabinet and other groups, according to the rules and regulations.

“Then I understand why many things tend to be slow,” she said. Despite the tight conditions, Kobkarn said she and her team would try their best to get things done, in order to launch tourism projects within a specific period of time.

“I would send my team to follow the documents, we won’t wait for them to sit down and sign. We would make sure that we knock on the door, and have the document signed in front of them.”

Back in late August 2014, when Kobkarn was appointed as the minister, in the first cabinet of junta-leader Prime Minister General Prayut Chan-o-cha, she had no previous experience working in government.

As the first woman to take up the tourism portfolio, some other cabinet members questioned her ability as a politician.

“I remember the first cabinet meeting, I think Dr. Wissanu Krea-ngarm said that he was worried about Kobkarn, because she’s 100% from the private sector, but probably they want someone with a new perspective.”

At the time of her appointment, she immediately faced a huge task, which was to rescue Thailand’s image and the economy, after it had been severely hit by a series of political protests, between the red-shirt and yellow-shirt movements, most notably in May 2010, when violent clashes took over Bangkok’s Ratchaprasong intersection.

“After the red and yellow shirt protests, tourists were afraid. They were unsure whether Thailand was safe enough to visit, and the pictures of Thailand shown on CNN and the BBC, they were like, something was burnt, there were riots everywhere in town.”

Kobkarn said, to restore confidence among international tourists, finding creative ways to communicate was her most important mission.

She recalled the moment when Thailand was supposed host the Asian Olympic Committee meeting, which she says, was a big deal for the country.

“I remember at the time, many of the members of the Olympic Committee asked whether the venue should be changed,” she said.

“Luckily, the head of the Asian Olympic committee understood Thailand very well. He said don’t worry, that he had full trust in Thailand, and that he would tell everyone that he would not force them to come here. The meeting would still take place. If anyone cannot come, that’s fine, but he would still be here in Bangkok. That was a very strong message.”

Nothing to fear, nothing to lose

Being in the public eye as a politician also means having to put up with a lot of negative criticism, but she said, she had nothing to fear.

Apart from a willingness to take risks, Kobkarn said her team would always work hard to achieve given tasks.

“For us, we always work hard, we have to experience getting things out of hardship. We do our best with whatever we have on hand. Maybe we have this very small budget, we approach it as if it’s, like, 10 times the amount.”

For her, tourism is not just about the number of tourists coming to Thailand nor how much money the country is making from it, but about how to generate wealth distribution across the country.

“We have to make sure that tourism can reduce the gap between the super-rich and the very poor,” she said.

“How can we make sure that tourists and those people in the remote areas with good agricultural products, such as Thai fabrics or crafts, can connect with each other? If they can sell their products to tourists, every little corner of Thailand will have more chances to make additional income, and they would be able to have a better quality of life.”

Now that Kobkarn has returned to the business world, when asked whether her leadership style has changed over the years, she says she feels that it is normal for every CEO to change as they gain age, experience and from crises they have overcome.

Despite her success as a businesswoman and as a politician, the key to maintaining her success is to always be open to new ideas.

“We should act as 16 if you’re 60,” she explained. “I talk to the young generation, because I believe in them. Even though I have been successful with some of the work I’ve done in the past, I don’t rest on that, it doesn’t mean that I will be successful in the future. So I have to listen to new ideas, I have to act as the younger generation.”

Kobkarn also admits that being a CEO is a tough job, regardless of whether you are a man or a woman. As she says that everyone must understand their own strength and weaknesses and always try to improve themselves.

“Women can be good at certain things, but not all the time. Some people said that women CEOs can be too sensitive, focus too much on details. We are good at commitment, we are very honest, but it doesn’t mean that male CEOs are not honest, not capable or not sensitive. I think, partly, it can be gender, but I think it’s more about the individual.”

This year, Kobkarn will also be the host committee member for the Global Summit of Women in Bangkok. She is determined to use this opportunity to reintroduce the country in a better light, through leading Thai women.

“If you have heard negative things about Thai women, that was the past, we have gone through so many things for so long. You better come to this summit and see it by yourself who we are. That is why we are now committed to this summit, we want to reintroduce Thailand, and make sure that people understand who we really are and what the future will be through women CEOs.”

“Everyone is a red brick”

The “Red Brick” is another philosophy Kobkarn adopted in life, where every single brick is as important as the next.

“We believe that each individual, myself as the chairperson, my secretary, my workers in the factories, who are now producing refrigerators every day, are equal to one red brick; no one is more, and no one is less.”

Most importantly, as Kobkarn says, it is also the CEO’s duty to empower every single person, regardless of their position, and to put the right brick in the right place to create great architecture.

“We try to empower every person in our company, we call them the red brick team, we call our dealers the red brick family. So we ignite you, we empower you, you have to believe that you have value, you have the energy. Your value lf doesn’t come from education, it is what you can contribute.”

If she could speak to everyone at the same time, she would tell every red brick to believe in themselves and in what they can do.

“You can be just one red brick, but you can be part of a great structure. You have your power, and what you are doing has value. The team with which you are working also has value. Think positively, understand your weak points, enhance your strong points, and make it happen. Don’t wait.” 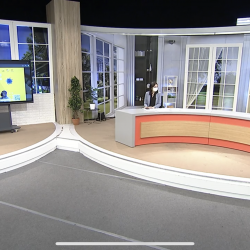 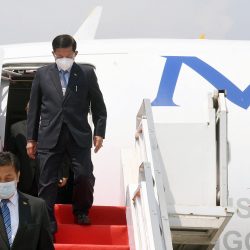 Stability before ASEAN proposals to be considered -- Myanmar junta leader