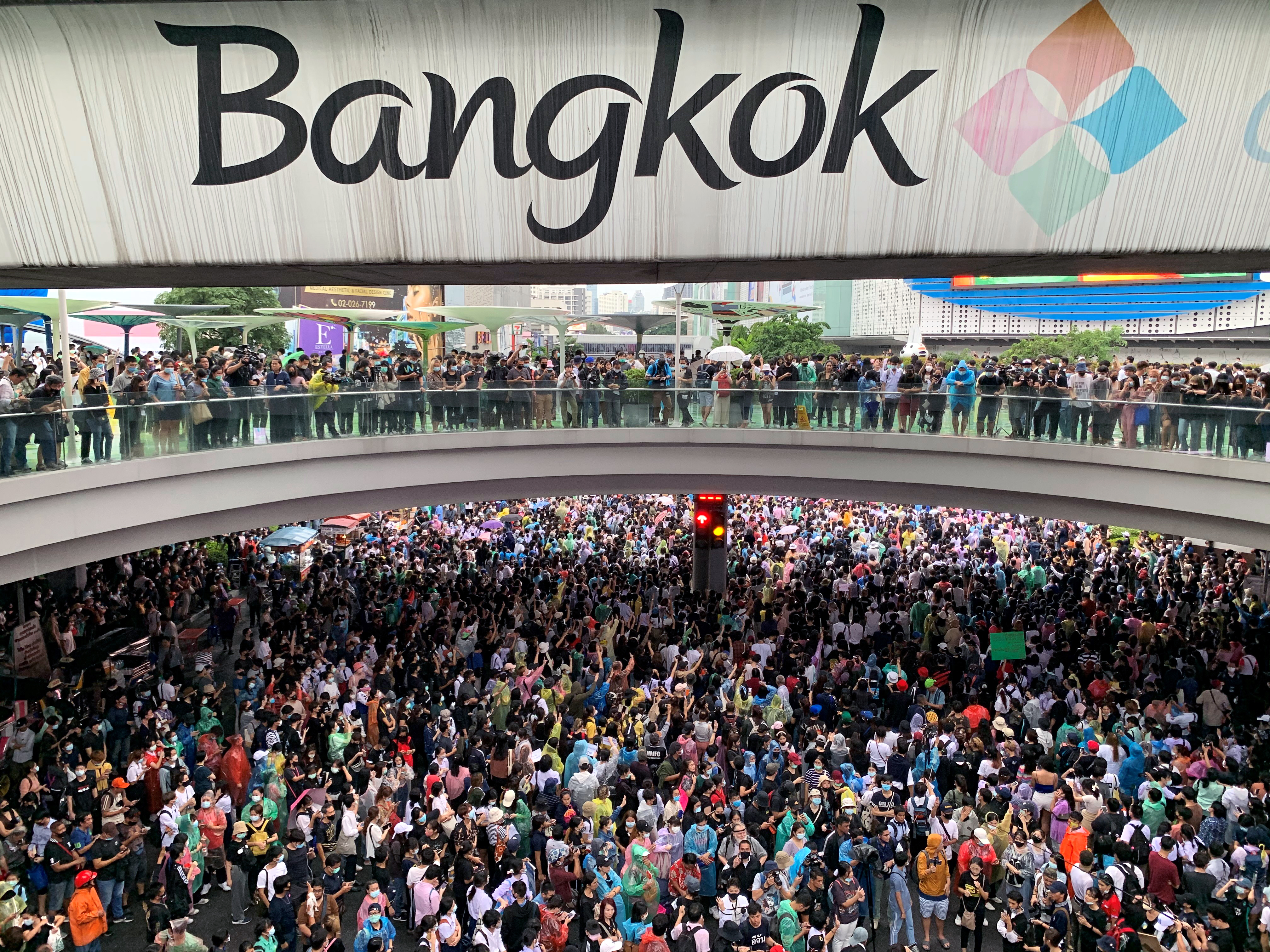 In past decades, political rallies in Bangkok were confined to Democracy Monument, Thammasat University and Sanam Luang – where popular uprisings changed the course of Thai history.

But in recent years, protesters have chosen to occupy the business hubs of Rajprasong and Pathumwan, transforming them into political battlegrounds for their crusades against the government.

The reasons are simple. The downtown hotspots are famous among Thais and foreigners alike for their high-end shopping malls, multinational businesses and universities. Skytrain stations also offer easy access for protesters.

The areas are popular with the young generation, who make up the majority of protesters, and also double as business districts where disruption can put pressure on the government.

But the pro-democracy movement, now known as Khana Ratsadon 2563 (People’s Party 2020), has switched its focus to downtown Bangkok. Organisers said locations in the heart of the capital will reduce the chances of a crackdown by security forces.

The decision came after Prime Minister Prayut Chan-o-cha announced a “severe” state of emergency at 4am on Thursday to clear thousands of protesters camped outside Government House on Wednesday.

The emergency decree bans gatherings of five or more people and permits detention of suspects without charge for up to 30 days.

Following a tense stand-off with police, protesters dispersed peacefully after calling for the release of dozens of their leaders arrested this week.

On Friday evening, thousands gathered at the nearby Pathumwan intersection, one of the busiest in the city, for a third consecutive day of mass protest in defiance of the emergency decree.

In a cat-and-mouse game, protesters waited for police to seal off Rajprasong intersection and then moved to nearby Pathumwan intersection instead.

However, Friday’s rally ended in chaos after riot police used water cannons to clear the site, though protest leaders called on demonstrators to gather again at a later date.

The anti-establishment protesters are demanding Prayut and his government’s resignation, changes to the Constitution, and reform of the monarchy.

Eye of the storm

The relatively new Pathumwan Skywalk, connecting the four corners of the busy intersection, has since opening in 2017 become the hottest selfie spot for Bangkok tourists and shoppers.  Due to its large area and easy access, it has also become a popular venue for flash mobs organised by pro-democracy and student activists since last year.

Before the skywalk linked up the intersection, the plaza in front of the Bangkok Art and Culture Centre near the intersection had become a regular gathering point for protesters and activists.

Less than a kilometre away, Rajprasong shopping district is Bangkok’s best-known lifestyle destination but has been occupied by mass protests at least twice over the past decade, forcing its major shopping malls and five-star hotels to close.

The first major rally at Rajprasong in recent memory was the March-May 19, 2010, red-shirt protest against the Democrat Party-led government. Protesters demanded that then-PM Abhisit Vejjajiva dissolve Parliament and hold elections before his term ended in 2012.

After weeks of failed negotiations, the Army cracked down, using armoured vehicles to clear the intersection on May 19. Protesters retaliated by setting fire to buildings, resulting in the partial destruction of one of Bangkok’s largest shopping malls, CentralWorld.

More than 90 people, mainly protesters, lost their lives and over 2,000 sustained injuries in the unrest and crackdown, with dozens killed at Rajprasong and its vicinity. Since then, red-shirt supporters have lit candles and laid flowers every May 19 to commemorate the tragic incident.

The protests lasted from November 2013 to May 2014 and occupied several key intersections in a bid to shut down the sprawling capital. The aim was to force embattled prime minister Yingluck Shinawatra to step down and hand power over to an unelected “people’s council”.

The “Bangkok Shutdown” was triggered by a blanket-amnesty bill that would have pardoned politicians facing charges after the 2006 coup. The anti-government protesters argued that the bill was designed to favour Yingluck’s fugitive brother, former PM Thaksin Shinawatra, allowing him to return home without having to serve his sentence for corruption.

On February 23, 2014, in the midst of the protest, a 40mm grenade exploded in front of the Big C Ratchadamri outlet in Rajprasong area, killing two children and a woman.

The crisis eventually resulted in the ousting of Yingluck and a subsequent military-led coup on May 22, 2014.

The Rajprasong neighbourhood covers more than 1 million square metres, with over 800,000 devoted to shopping malls, about 4,700 retail outlets and hotels.

Every Christmas and New Year, this district is the brightest-lit part of Bangkok.

Apart from being the throbbing heart of Bangkok, Rajprasong is also known as the capital’s spiritual epicentre, drawing both foreign and local devotees to pay homage, make offerings or atone for their sins at the statues of gods and goddesses.

The most famous is Tao Mahaprom, or the Hindu god Brahma at the Erawan shrine. Regular dance performances take place at the shrine of the four-faced god of creation, usually paid for by worshippers whose prayers have been answered.

There are seven other shrines in the area, six of them Hindu and one to the Chinese god of four directions and wealth Tao Jatulokabal. The Hindu shrines include one devoted to the god of wisdom Ganesha, a shrine to the Trimurti – gods of creation, preservation and destruction – usually covered with red roses as it is believed to answer petitions for true love – the goddess of wealth Lakshmi, the goddess of power and family Uma, the god of mercy Indra and the god of protection and good wishes Narayana. 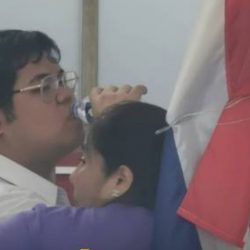 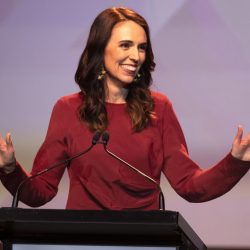