North Korea fired multiple rocket launchers on Sunday, Seoul said, the latest in a series of provocations by the nuclear-armed nation to heighten tensions in the region.

Pyongyang launched a string of banned weaponry this year and tested what it claimed were components of a “reconnaissance satellite” — although Seoul and Washington have described them as a new ICBM system.

“There were shots suspected to be from North Korea’s multiple rocket launchers this morning,” said the Joint Chiefs of Staff in a text message to reporters.

“Our military is maintaining our defence readiness while closely following related developments,” it added, without further detail.

Four shots were fired into the western waters during a span of an hour from 7:20 am from an unspecified location in South Pyongan province, Yonhap news agency reported citing unnamed officials.

The intention of the firing was being evaluated, the report added.

South Korea’s National Security Council held an emergency meeting and called for a tight readiness posture to “prevent security vacuum during the government transition period”, according to a statement from the presidential Blue House.

President-elect Yoon Suk-yeol will be inaugurated on May 10 after winning the March 9 polls.

Pyongyang has long possessed the ability to devastate Seoul — which is only around 60 kilometres (40 miles) from the border — with artillery fire.

The US stations 28,500 troops in South Korea, a security ally, to protect it against its nuclear-armed neighbour, many of them based south of Seoul at Camp Humphreys in Pyeongtaek — its biggest overseas military facility.

The US and South Korea have said North Korea is preparing to fire an ICBM at full range for the first time since 2017, possibly disguised as a space launch. 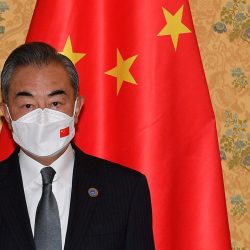 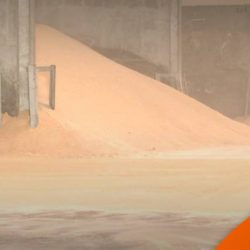