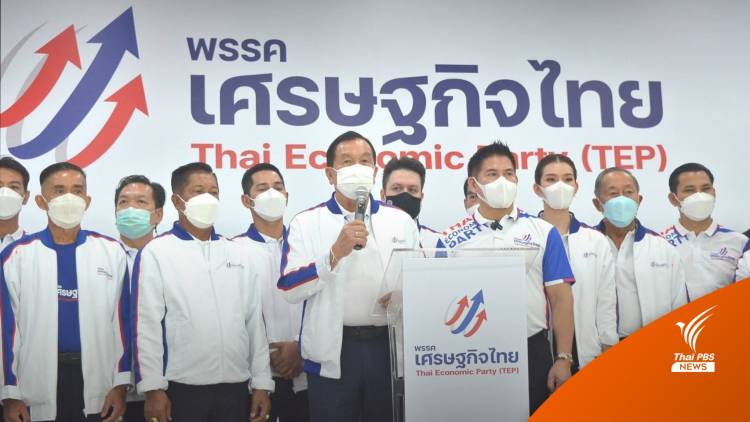 Both General Vitch and Thammanat held senior positions in the ruling Palang Pracharath Party (PPRP). The general was the party’s chief strategist, while Thammanat, a controversial figure, was the secretary-general. Thammanat and 20 other MPs loyal to him got sacked from the party in January. Most of the Thai Economic Party executive board members are former PPRP MPs. General Wit resigned from the party in February.

After the general assembly, Wit announced that the Thai Economic Party vowed to adhere to Thailand’s constitutional monarchy and to build the party into a political institution upon which the people can depend.

He said that the party aims to win about 100 House seats in the next general election.

The Thai Economic party, Thammanat said, will field candidates in all constituencies in the next general election, scheduled for 2023 if the current Prayut Chan-o-cha administration completes its term, but will not contest the Bangkok gubernatorial election on May 22.

The party has not yet announced its nomination for a prime ministerial candidate.