‘Never seen anything like it’: astronaut on 2021 climate disasters 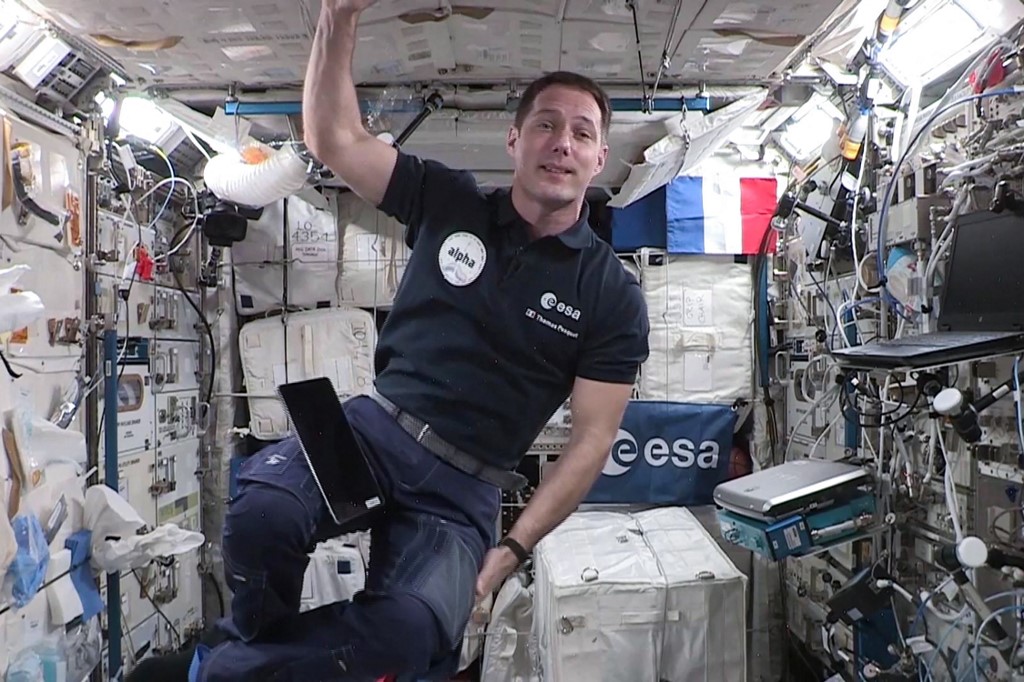 This screengrab made available by the European Space Agency (ESA) on September 3, 2021 shows French astronaut Thomas Pesquet delivering a speech in a pre-recorded meassage from space which will be broadcast on September 5 during the “Giant Dictation (Dictee Geante)” event held in Paris. – Pesquet will read to the participants an excerpt from Marguerite Duras’ book “Un barrage contre le Pacifique (The Sea Wall)”. (Photo by EUROPEAN SPACE AGENCY / AFP) / RESTRICTED TO EDITORIAL USE – MANDATORY CREDIT “AFP PHOTO / EUROPEAN SPACE AGENCY” – NO MARKETING – NO ADVERTISING CAMPAIGNS – DISTRIBUTED AS A SERVICE TO CLIENTS

Paris (AFP) – From his perch 400 kilometres above Earth, French astronaut Thomas Pesquet has had a unique perspective on the climate-fuelled natural disasters that have swept the planet over the past six months.

Pesquet recently finished up his second mission at the International Space Station, an experience that made him appreciate Earth’s fragility like never before.

He spoke to AFP ahead of the UN climate summit kicking off on October 31, sharing his hopes and fears for the planet.

– What images strike you the most? –

The massive storms, and the forest fires. I have never seen anything like it, incredibly huge fires with plumes of smoke visible from space for days and days.

It was striking to think about the energy it gave off and the damage it caused for people unfortunate enough to be in its path.

We had never seen so many extremely impressive tropical storms — you could practically see into the eye of the cyclone. They’re walls of clouds with phenomenal power, coming more and more often and causing more and more destruction.

– Does the Earth seem fragile? –

Yes, absolutely. Seeing the planet from the window of your space craft makes you think. You only have to see it once: you can spend two days in space and just getting that distance, seeing the fragility of the atmosphere, that thin bubble that makes life possible in the vacuum of space, that incredible oasis — it changes your life.

When you see changes over the long term — sometimes you need more than five years to see it — you can’t help but feel concerned.

That’s why I became an ambassador for the (UN’s) Food and Agriculture Organization, and an advocate for many environmental causes.

– What worries you the most? –

The idea that we might not succeed in reaching an agreement at an international level, and that economic concerns dominate over environmental ones.

It’s a completely short-sighted approach. Over the long-term, profits are directly threatened by climate change. When you see the Great Barrier Reef not included on the list of endangered sites because of Australian government pressure, you think the priorities are wrong and we’re in trouble.

The first thing to do is listen to the experts who have dedicated their lives to providing solutions on a local, regional, national and global level. We have to try to put solutions in place.

The most urgent task at hand is to decarbonise. You have to prioritise renewables and carbon-free energy. And that takes restrictive measures and international commitments for which countries can be held accountable. That’s what COP26 is all about. 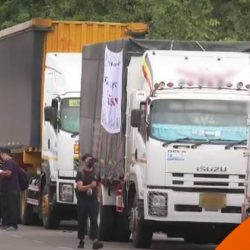 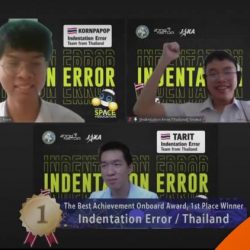