Myanmar’s Foreign Minister Wunna Maung Lwin will fly to Cambodia’s capital tomorrow (Tuesday) to pay a one-day courtesy call on the new ASEAN chair, according to an informed but unnamed source.

Cambodia will officially take up the chairmanship of ASEAN on January 1st and Cambodian Prime Minister Hun Sen will meet with Maung Lwin to exchange views about the situation in Myanmar.

The source also said that Hun Sen would be in listening mode as the situation inside Myanmar is changing quickly. The source added that Cambodia would like to see Myanmar return to the ASEAN family, adding that Hun Sen has said that the senior general has the right to attend ASEAN related meetings.

Hun Sen has been in touch with Senior Gen Min Aung Hlaing since August, offering assistance to Myanmar regarding vaccines and medical supplies to fight COVID-19.

After meeting with Maung Lwin, Hun Sen will brief his ASEAN colleagues on what he sees are the next steps in fully implementing the five-point consensus, which was agreed by ASEAN leaders on April 24th. 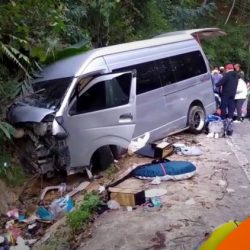