Myanmar’s ASEAN neighbors to call for ‘accountability’ in Rakhine crisis 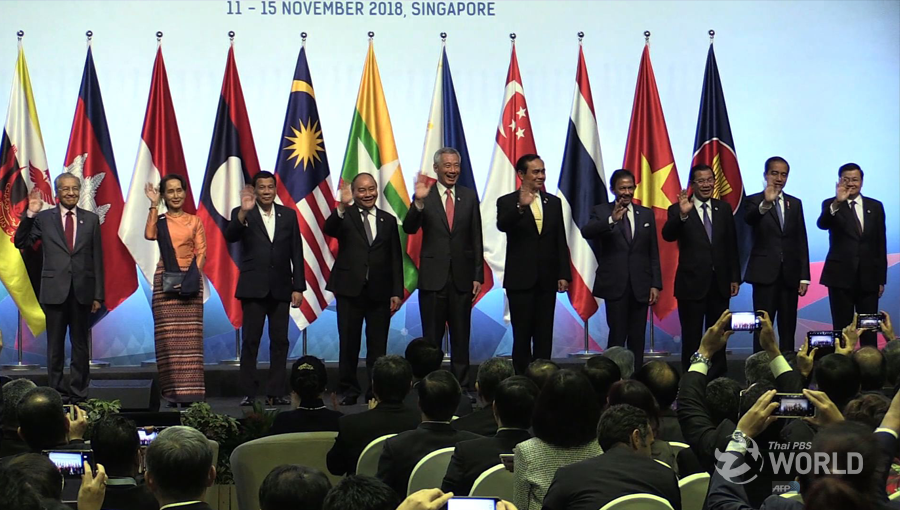 Prime Minister Prayut Chan-o-cha joins other leaders from the Association of Southeast Asian Nations (ASEAN) to pose for a family photo during the 33rd ASEAN Summit opening ceremony in Singapore on Tuesday.

SINGAPORE (Reuters) – Southeast Asian nations will call for those responsible for atrocities in Myanmar’s Rakhine state to be held “fully accountable”, according to a statement prepared for a regional summit, reflecting a stronger line being taken within the group.

The draft of the chairman’s statement, which was reviewed by Reuters but may change before it is delivered by host Singapore Prime Minister Lee Hsien Loong at the close of meetings of the 10-member Association of Southeast Asian Nations (ASEAN), said the situation in Rakhine State was a “matter of concern”.

The Singapore government did not immediately comment on the draft statement.

A final statement could be issued after the ASEAN leaders start their meeting late on Tuesday.

A UN report in August detailed mass killings and gang rapes with genocidal intent in a Myanmar military crackdown that began in 2017 and drove hundreds of thousands of Rohingya Muslims from Rakhine into neighboring Bangladesh. It called for its commander-in-chief and five generals to be prosecuted under international law.

Myanmar has denied most of the allegations in the report.

Myanmar’s de facto leader, Aung San Suu Kyi, who will be joining the summit in Singapore, has been widely criticized for her handling of the crisis.

Malaysian Prime Minister Mahathir Mohamad, ASEAN’s senior-most leader, was scathing about the Nobel peace laureate on Tuesday when asked about the situation in Myanmar.

“It would seem that Aung San Suu Kyi is trying to defend what is indefensible,” the 93-year-old told reporters in Singapore. “We are very disappointed, because someone who has been detained before knows the sufferings, and should not inflict it on others.”

Mahathir and Suu Kyi were seated side by side at the opening ceremony of the ASEAN summit and at a welcome dinner. TV coverage showed them studiously ignoring each other.

Amnesty International said on Tuesday it had withdrawn its most prestigious human rights prize from Suu Kyi, accusing her of perpetuating human rights abuses by not speaking out about violence against the Rohingya.

“We called on the Independent Commission of Enquiry established by the Government of Myanmar to carry out an independent and impartial investigation of the allegations of human rights violations and related issues, and hold those responsible fully accountable,” said the ASEAN chairman’s draft statement.

The Rohingya crisis is one of the biggest man-made disasters involving a member since ASEAN was founded in 1967, and it is one of the thorniest issues yet faced by a group that traditionally works by consensus and is reluctant to get involved in matters deemed internal to its members.

In July, Myanmar established a commission of inquiry to probe allegations of human rights abuses in Rakhine, which includes two local and two international members from Japan and the Philippines.

The draft statement repeated ASEAN’s previous calls on the importance of the repatriation of displaced persons to Myanmar, humanitarian relief and reconciliation among communities, but went further in calling for accountability for the alleged atrocities.

The strengthening of rhetoric in the draft was flagged earlier this year by Singapore Foreign Minister Vivian Balakrishnan who said his ASEAN peers had urged Myanmar to give the inquiry commission a full mandate to hold those responsible accountable.

A source close to pre-summit discussions, speaking on condition of anonymity, said Singapore was leaning toward a stronger stance because it is the most internationally engaged member of ASEAN and feels responsibility as summit host to protect its credibility.

It was not clear if all members of the grouping would back the sternest statement to date from ASEAN on the Rakhine issue.

ASEAN’s Muslim-majority members – Malaysia, Indonesia and Brunei – tend to take the toughest line on the Rohingya question, while Myanmar has close regional allies in Cambodia, Laos and Vietnam. Under military control in recent years, Thailand has also provided cover for Myanmar. 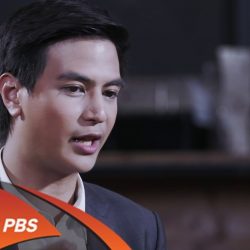