A military armored vehicle is seen in Yangon on January 28—a rare sight in Myanmar’s commercial capital. Photo courtesy of The Irrawaddy

NAYPYITAW—A meeting between representatives of the Myanmar government and the military held in Naypyitaw on Thursday in an effort to overcome the current political crisis ended without a breakthrough, according to The Irrawaddy.

It quoted sources with knowledge of the meeting as saying that the military expressed distrust in Myanmar’s election body, the Union Election Commission, and asked the government to abolish it. It also asked the government to recount all votes in the Nov-8 general election with the military’s assistance and to postpone the incoming Parliament, which is scheduled to convene on Monday.

The two sides were unable to reach any agreement, however, as State Counselor Daw Aung San Suu Kyi reportedly rejected all of the demands.

The government sent two aides of the State Counselor to the meeting, while the military was represented by senior military officers.

The meeting came as political tensions between the ruling National League for Democracy (NLD) and the military reached alarming levels this week as the armed forces refused to rule out a military coup if its demand for an investigation into alleged electoral fraud was not met.

Following the NLD’s landslide electoral victory, the military launched a probe into the voting process after its proxy, the main opposition Union Solidarity and Development Party (USDP), blamed its heavy defeat at the polls on voter fraud. The military and the USDP have since complained that their calls for an investigation into the election and the UEC have fallen on deaf ears. 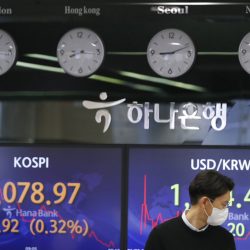