Morphogenesis – The art of destruction

Broken glass can be turned into something beautiful, it’s just a matter of how you handle it. Walk-A Tif will take you to see the ‘urban contemporary’ art scene, crafted using a form of “Morphogenesis” or complex mosaic.

With a fascination for faces, a contemporary glass artist Simon Berger explores the material, which he hammers, scratches, cracks and engraves into portraits that play with light and transparency, attracting the gaze into a meander of lesions that he calls ‘Morphogenesis’.

Trained as a carpenter, and with a passion for mechanics, wood and scrap metal inspired his first pieces created from the streets. His unique technique was born of his artistic explorations using car windscreens.

As a pioneer of this technique, Simon has become one of the most talked-about and collected artists in the ‘urban contemporary’ art scene. His first work was created in 2016.

Simon has been creating art for 13 years and he was always trying to invent something new, so, he has always done things that don’t exist yet. With the glass, he has succeeded in doing what he has been looking for for a long time.

The bottom line is that he has done pioneering work here. It has come to this because he was unsatisfied with his previous successes, which he had at that time.

He said he remember very well, when he was annoyed with himself, he thought “what could he do?” It was in this personal distress that the idea for this technique came to him. At that time it was simply a theory and he thought that he should definitely try it right away. The first attempt worked. Apparently no one had ever done it before and he was amazed at that.

He doesn’t remember who the first portrait was, as mostly he uses anonymous people, which leaves him some room for his own interpretations and interventions, he added.

On the way, Simon’s projects became bigger and bigger, and more exciting. The biggest achievement for him, he said, was the portrait of Kamala Harris.

Simon said the most beautiful thing that can happen is when his works bring pleasure. Not only at an exhibition, but providing pleasure, every day, in someone’s house.

If you would like to explore Morphogenesis art work with your own eyes, over 30 unique works are showcased at Warehouse 30, in the Charoenkrung creative district of Bangkok, until the end of July.

How does waste separation work in Bangkok? 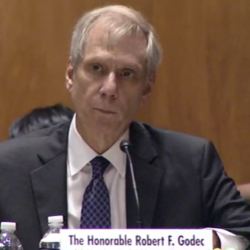