Thailand needs to play a more “assertive role” in order to make its presence in regional and international diplomacy more meaningful while maintaining a balancing act to avoid being dragged in the intensifying superpower rivalry. But getting its own house in order is also imperative if it wants its voice of be heard with more respect and authority.

“My friends in the ASEAN diplomatic circles are of the opinion that Thailand has been too domestic-oriented.  They have a feeling that Thailand is missing in action.  And they certainly want to see Thailand play a more active role as it once did,” said Sihasak.

Sihasak’s view is echoed by former prime minister Abhisit who said Thailand has been too preoccupied with its own internal political problems at the expense of its role in regional affairs. “If we do want to have a more assertive role at the regional level, we must first resolve our own domestic issues in order to regain respect from other countries,” he said.

While Thailand should play a more assertive role in the region, Surakiart believes that the country’s political leadership needs to come up with a long-term strategic foreign policy based on input gathered from all stakeholders.   “What we lack as far as our foreign policy is concerned is a shared vision,” he said.

Abhisit sees the increasingly tense relations between US and China as a major challenge to Thailand’s foreign policy toward the two superpowers.   “We are increasingly feeling that we are being pressured to take sides,” he said.

“We have arrived at a point where we have to manage a balanced relationship between the two superpowers without having to choose sides or become a victim of their conflicts and tensions,” he said.

The former prime minister sees a common stand of ASEAN as necessary to deal with the superpower rivalry.  “If ASEAN is united, we will be in a better position to deal with the challenge. But if each of the countries in the region tries to capitalize on the rivalry for its own interest, things would certainly be more difficult,” he said.

Surakiart believes that Thailand has a constructive role to play as the country is close both to the US and China.  “We are not siding with one country or the other.  US is Thailand’s oldest treaty ally while we have very close relationship with China in trade, economic and public health areas,” he said.

Sihasak, however, urged Thailand to take a clear stand when its national interest is at stake. “As Prime Minister Lee Hsien Loong of Singapore has said: Why forcing us to take sides? We don’t want to get involved in their powerplay. Why are the superpowers only pushing their own agenda without taking the agenda of countries in the region into account?” he asked.

Kavi said by not taking sides, Thailand can maintain its leverage. “And it will be even more so if we strengthen our relations with other countries, especially those in Latin America, Africa and South Asia. We don’t choose sides. We choose Thailand,” he said.

Kavi’s view is shared by Kiat who said Thailand is facing a challenge on how to manage a balanced relationship with the superpowers in a way that would best serve its national interest.

On crisis in Myanmar

Sihasak questioned the efficacy of Thailand’s current approach – described by officials at the Thai Foreign Ministry as “quiet diplomacy”  — to the ongoing crisis in neighbouring Myanmar.  He called for a “more assertive” role by Thailand in helping resolve the crisis.  “We keep saying that because of our proximity, we need to be discreet.  But our discreet diplomacy has yet to show any tangible results.  If we see things that are not right in Myanmar, we need to make our stand clear,” he said, referring to the military coup that ousted the democratically-elected government and the use of lethal force by the Myanmar military against pro-democracy protesters.

Former foreign minister Surakiart said that Thailand is in a position either through open or quiet diplomacy to persuade the military leadership in Myanmar to sit down for a dialogue with its political opponents. “Thailand has the potential to take a leading role in ASEAN through diplomacy to help find a way out for Myanmar as we previously did,” he said.

Former prime minister Abhisit, however, argued that Thailand needs to get its own house in order before it can play a more meaningful role in regional affairs. He recalled how Thailand played an important role in defusing regional crises in the past, including the process that led to the subsequent democratization of Myanmar when it was still under military rule.  “But back then Thailand was widely recognized for its democratic progress – a crucial factor that enabled it to speak out on issues of democracy, press freedom and human rights,” he said.

“We don’t lack talents at the Foreign Ministry…But there is a need for clear guidelines from policy-makers both at the ministry and government levels,” said Surakiart.

The former foreign minister also called for a “shared vision” for Thailand’s foreign policy which he said could come about through open and regular consultations with all stakeholders, who should also include former diplomats, private sector and the media.

Surakiart’s view is also shared by Kavi and Sihasak who want to see long-term well-coordinated efforts to help Thai representatives secure prominent positions at international agencies.    “Many countries campaign years in advance to get their people to take charge of international organizations they have their eyes on,” said Sihasak.

Sihasak and Kavi believe that the so-called “Thai-style diplomacy” should continue to serve Thailand well in approaching new challenges. “Thailand positions itself as a bridge-builder that takes non-partisan approaches when we have to mediate or coordinate among countries in time of conflicts,” he said.

Panitan, who is also a well-known political scientist, said Thailand needs to adopt a more international outlook, working more closely with the United Nations on issues of sustainable development and its allies, especially the European Union, the US, China, Russia and India on issues of mutual interest and international concerns.

As for Thai diplomats who have to deal with the fast-changing world,  Kiat said they need to have thorough understanding of the changes and challenges the world is facing. “They need to keep abreast with all the happenings and know exactly which directions things are moving to and find out how to respond so that we would not fall victim to rivalry between or among major countries,” said Kiat, who once served as president of Thailand’s trade representative.

In Kiat’s view, however, what is more crucial is a clear-cut foreign policy on the part of the government of the day. “What we lack is a strategy on foreign affairs. And we certainly want to see those in power pay more attention to foreign policy,” he said. 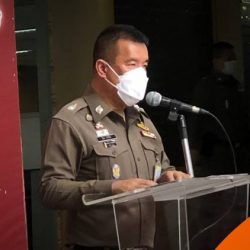 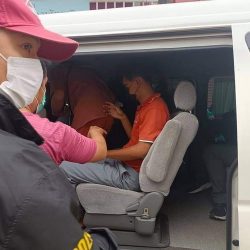