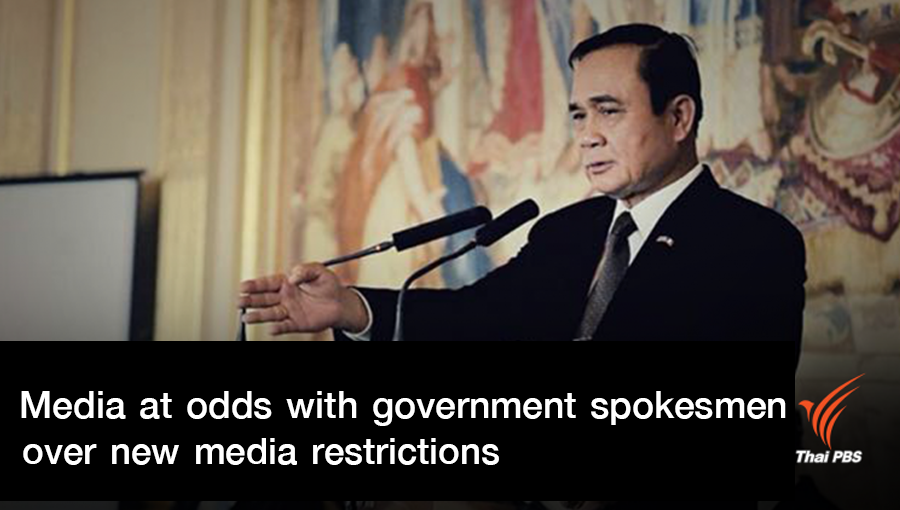 Government House reporters and photographers were at odds with the spoke persons of Prime Minister Prayuth Chan-o-cha over a new set of formalities that they are to observe while covering the prime minister’s activities.

Issued by the 3rd division of the Special Branch police, the new set of formalities were distributed to members of the media at Impact Exhibition Centre where the prime minister was scheduled to preside over the opening of Thailand Social Expo 2018 on Friday morning.

Photographers were surprised upon arriving at the Impact Exhibition Centre that they were required to fill a form about their names, their offices, office phone numbers and their ID card numbers before they were allowed into the exhibition hall.

Government spokesman Lt-Gen Sansern Kaewkamnerd later explained that the formalities were issued three years ago and he didn’t understand why they were distributed now, triggering criticism among media members against the government.

He said the prime minister thought the Special Branch police had good intention to upgrade the performance of duty of the media to international standard and they also wanted to provide the best security protection to the prime minister.

As a matter of fact, the spokesman said the government has never imposed strict restrictions on the media despite the existence of the formalities issued in 2015.

He added that the prime minister had instructed the Special Branch police to reconsider deleting the requirement for photographers to bow at him, noting that it was the right of each individual to show respect to anybody.