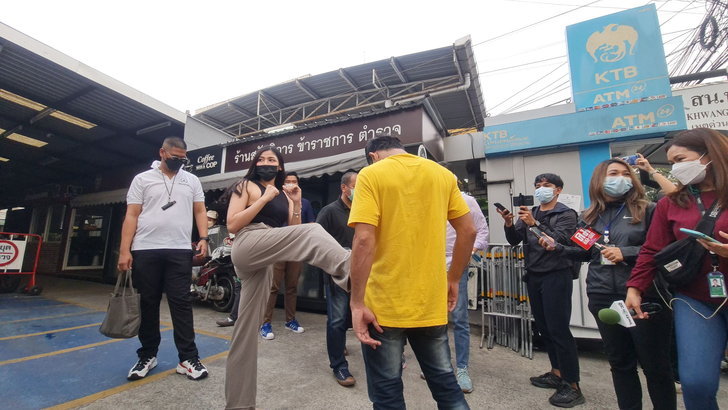 Thailand’s social media always gets into a frenzy over the latest drama caught on camera and shared online. This week, it featured a drunken man reacting to rejection by a woman on a night out and quickly discovering he had chosen the wrong girl to make a pass at!

A former female boxer and a hotel employee, who were involved in a fight at a food shop in Bangkok’s Huai Khwang area on Monday night, images of which went viral on social media, have both been fined 1,000 baht by police.

The incident started at a food shop, when the man allegedly poured a glass of water over the head of the woman, later identified as a well-known former boxer, after she declined his offer to clink glasses with him.

According to witnesses, the apparently angry woman under the name “Pareploy Saeaia” according to her Facebook page, then unleashed her boxing skills, punching and kicking at the man, who reportedly did not put up a fight until other customers intervened.

Pareploy visited Huai Khwang police station yesterday (Tuesday) to lodge a complaint, claiming that she was intimidated by the man and alleging that he had poured water on her head, embarrassing her.

She admitted she was “a bit tipsy” and started attacking her alleged assailant, but that it had been in self-defence to protect her dignity.

The man arrived at the police station later to offer an apology to her. Both told the police that they agreed to withdraw their complaints. The police, however, fined the man 1,000 baht for dirtying the boxer’s clothes, while she was also fined the same amount for assault.

Swissotel Bangkok Ratchada, the hotel that employed the man, issued a Facebook post late last night saying that it had decided to fire its employee for improper conduct.

People warned against spraying alcohol disinfectant on their bodies 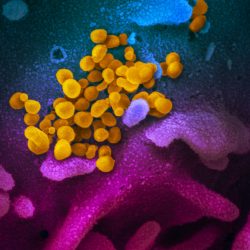