Lucrative opportunities for Thailand in the alternative protein market 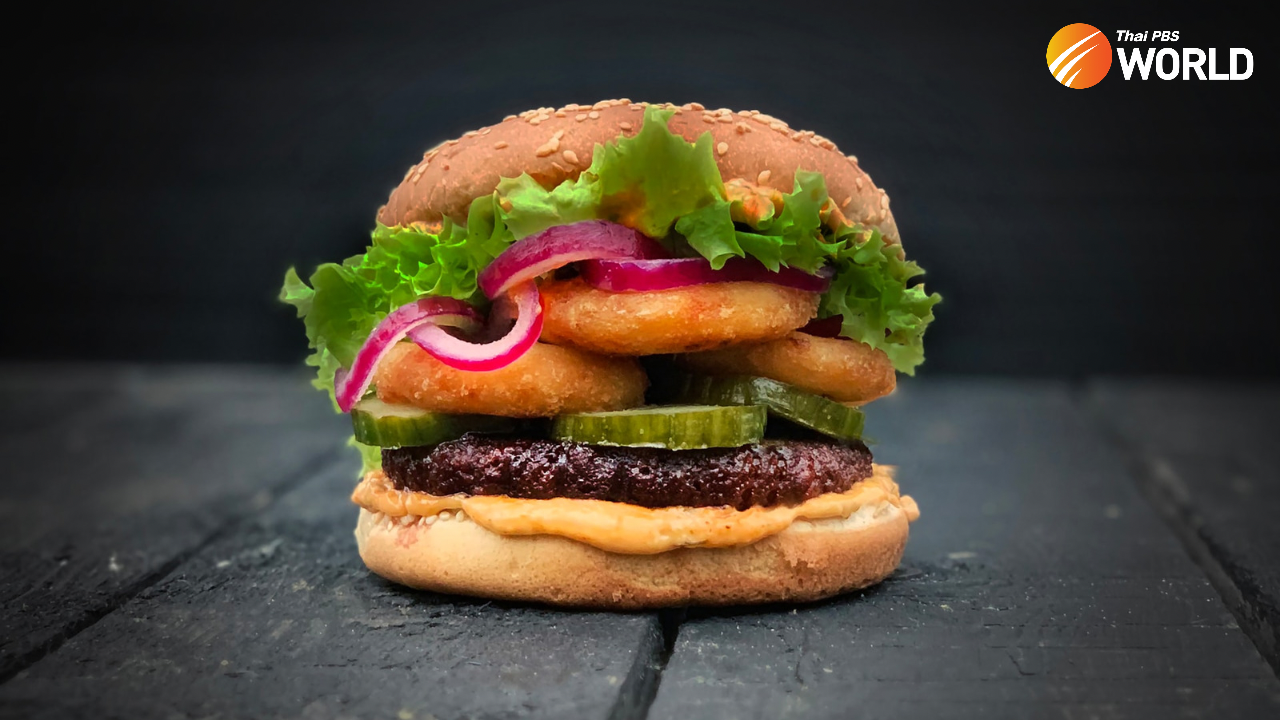 Soya based burger. (Photo by Tscherning)

Not so long ago, the idea of a fast-food chain famous for its “finger-licking good” fried chicken adding plant-based meat to its menu would have raised more than a few eyebrows. But that’s exactly what happened last month and the concept has proved so popular that it looks likely to continue in the future.

In August, KFC Thailand added such plant-based menu items as “chicken” pops and spicy rice to respond to the demands of the increasing number of vegetarians among us. Before that, burger chain Burger King and Sizzler restaurants also unveiled plant-based menus.

Although KFC limited the meat-free items to just a few branches and the offer expired on September 29th, hundreds of clients have already asked the chain to bring back the veggie options permanently and at all branches. Interested customers are invited to sign the petition on change.org.

With more people in Thailand reducing their meat consumption, the time has come for food-tech producers to cash in on the growing trend. Gone are the days when meat-free products were only popular during the vegetarian festival (which runs from October 5 to 15 this year); now more people are going meatless for longer and more frequently. The demand from vegetarians and so-called flexitarians is now year-round.

“I’ve been on a vegetarian diet for 24 years or perhaps flexitarian is the better word, as I don’t mind fish sauce or cheese in my food. I’d say it is now more convenient for me as I have more choices,” says film director Alongod Uabhaibool.

He adds that on busy days he often grabs a veggie burger from Burger King or a quick bite from a convenience store. When he works from home, he cooks his own meals. “I’ve never thought that this diet was a burden.”

Alongod decided to refrain from meat after spotting cows and pigs packed in trucks on the way to slaughterhouses. “I saw their tears when they looked at me and I told myself that I would never eat meat again.”

KResearch predicts that the alternative protein market in Thailand is set to grow in the future as such products are now available through numerous channels and there is growing demand from flexitarians as well as those who simply want to reduce the number of times a week they eat meat.

Apart from people who choose to become vegetarian like Alongod, many others have reduced their meat consumption in order to help relieve global warming. And there is a group of people who have stopped eating real meat altogether to improve their health. The trend is continuing too, with a sharp increase in interest for vegetarian and vegan food in Thailand over recent years. Siam Commercial Bank‘s Economic Intelligence Centre reports that the percentage of Thais who don’t eat meat increased to 12% in 2017 from 4% in 2013.

Economic conditions also play a role in consumers’ decision to purchase alternative protein forms, KResearch adds. While the price of alternative proteins is relatively high at the moment, it is expected that higher demand, both at home and abroad, could create an economy of scale and make the prices more affordable.

According to KResearch, the sale of food-tech plant-based protein is expected to total 4.5 billion baht this year, accounting for 12 percent of the overall non-meat protein in a market worth 36.2 billion baht.

Presently, more than 89 percent of the total turnover in the Thai alternative protein market (products derived from food innovations) are from foods and the remaining 11 percent from beverages. The market is driven primarily by large businesses rather than SMEs as they have more advantages in terms of production capacity and distribution channels.

Listed company NR Instant Produce Plc joined the bandwagon in 2016. Its CEO Danai Pathomvanich said that the growth potential is massive thanks to the health concerns of consumers. The company foresees the revenue from plant-based products to jump to 30% within four years.

Meanwhile the country’s conglomerate Chaoren Pokphand Foods Plc is also seriously looking into opportunities. In June this year, the young scientists of “Food Tech Chula” sponsored by the company won the grand prize in the ASEAN Food Innovation Challenge 2021. Their proposal “The MarbleBooster” focused on Wagyu-style marbled-meat analogue slices infused with immune-boosters, turmeric and black pepper extracts. This meat alternative is designed to be sold as a refrigerated ready-to-eat “meal”.

There is still room for SMEs though. If they want to compete with larger rivals, they must focus on flavor and product differentiation, as well as marketing and pricing tactics. In the end, the market is massive and good taste always wins foodies’ hearts.

Food export from Thailand was one of the few sectors that flourished during the pandemic and plant-based meat, even in its infancy stage, can help Thailand reach an ambition of becoming a food production hub. The country can be the major producer of tasty, healthy, and convenient plant-based products not only for vegans but for all types of consumers around the globe.