Love knows no boundaries – even when it comes to age 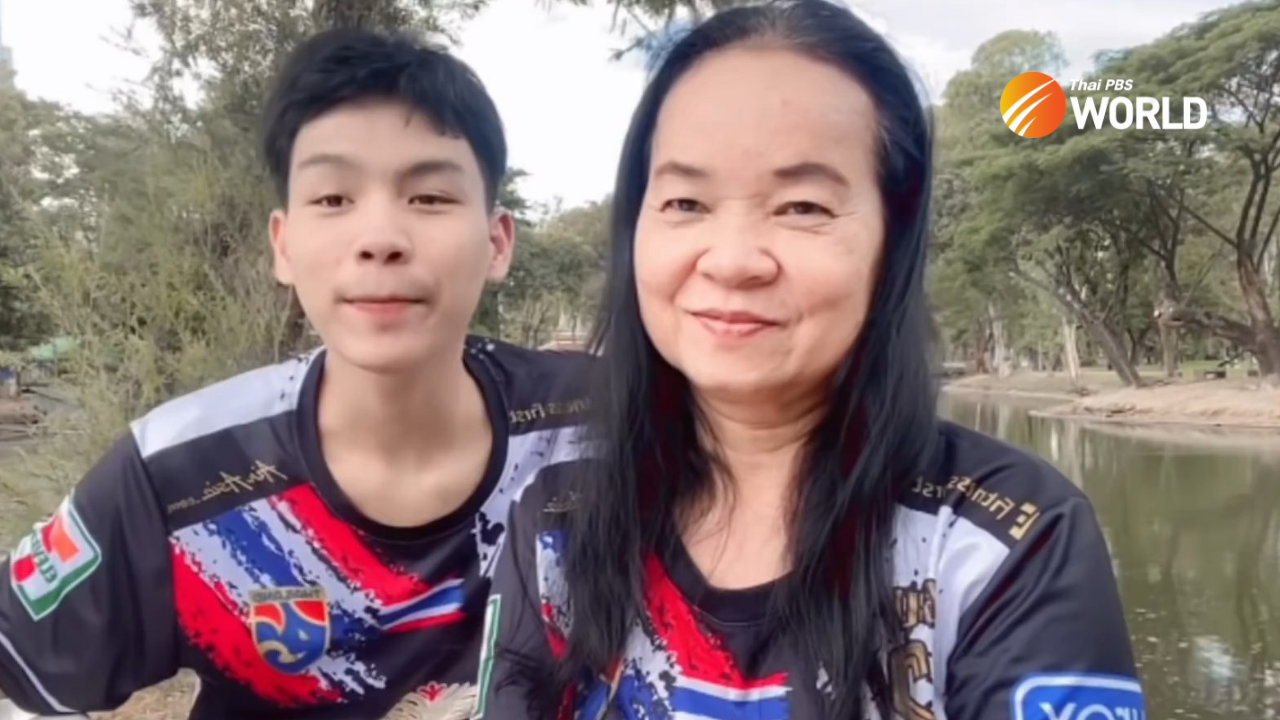 In a recent video, the couple responded to the questions viewers asked about their relationship and insisted that they are very much in love and their love is real. They said they have been dating for 11 months and their families approve.

However, from the moment they met virtually, they couldn’t stop talking.

Is age really just a number?

“Well, it’s just one of many factors to consider when you seek your match. We can all fall in love at any age but you have to make sure that your love and relationships are legal, moral and appropriate,” says Dr. Apichat Jariyavilas, a psychiatrist and spokesperson for the Ministry of Public Health’s Department of Mental Health.

Older women dating younger men are stigmatized by society. In Thai culture, an older man dating a younger woman tends to raise fewer eyebrows than a woman’s romance with a younger man, particularly when the age gap is significant.

Women’s health may be the reason why such relationships are controversial, Dr Apichat notes.

“It’s possible that people are concerned about women’s fertility and overall health when they are aging and whether they can have a baby,” he says.

In some cultures, however, older woman-younger man relationships are considered ‘normal’, he adds.

“There’s been a shift in Thai society. It’s becoming more common as we see couples of different ages. Age-gap relationships with the woman as the senior partner are now more accepted than in the past,” Dr Apichat says.

Older woman-younger man relationships often see the woman in the relationship facing social disapproval while both partners face criticism from friends and family, and perhaps community censure as such relationships violate social norms.

What is an acceptable age difference?

It’s difficult to put an exact number on what is and what is not an acceptable age difference, Dr Apichat says, adding that people are different and every relationship is different.

“It’s about the two of you as individuals, not your age difference. Every loving relationship should be based on shared decision-making between the two partners,” he says.

But one instance when the age difference is definitely not acceptable is when a minor is involved, he notes.

“If an older person and someone under 18 is interested in or pushing for a relationship, that’s always a red flag,” Dr Apichat says.

He adds that many people consider someone who is 18 or even 19 extremely young and inexperienced. When they become involved in May-December relationships, people see the potential for major problems. But when they reach the age of 21, the stigma associated with age gap differences often falls away.

Communication is key to relationship success

Sometimes, judgments from family and friends as well as criticism from outside of age-gap relationships cause more problems than the conflicts that arise within the partnership.

“If you truly love each other, just stay focused on how you feel. Always remind yourself why you chose your partner. Don’t let stigma or people from the outside discourage you. Time will prove everything,” Dr Apichat says.

To make the relationship work well, he advises couples with a major age gap to talk seriously about what they want from the relationship, their goals, and how they will work through the inevitable problems.

“You should work those things out before going public,” he says.

Couples with age-gap relationships often face challenges and issues. And among the most common issues with a significant age gap, according to him, is power. When one person (often the older one) in the couple has far more life experience than the other (usually the younger one), it creates a big difference in power. In this scenario, it’s common for the older partner to want the younger one to be in control while the younger partner feels that it’s controlling that causes imbalance.

“Bring the different things to the table and work them out. Find balance in your relationship. In any relationship, we all have strengths and weaknesses. We should learn to accept help from each other’s strong points regardless of their age. Older persons are not always right. Younger persons don’t always need to rely on the older ones,” the psychiatrist says.

Dr Apichat warns against online dating, noting that with the pandemic, more and more people are now connecting and dating digitally through online dating sites and apps.

He suggests using a trustworthy site. Don’t give out private information to potential dates in order to keep yourself safe from online dating scammers. Block and report suspicious users if they act inappropriately towards you. When meeting someone from a dating app or site, women should do it in a public place to stay safe.

“Don’t send nude or even inappropriate clips no matter how much potential suitors ask. The internet is a dangerous place. You could be going viral and don’t even know it.” he says.