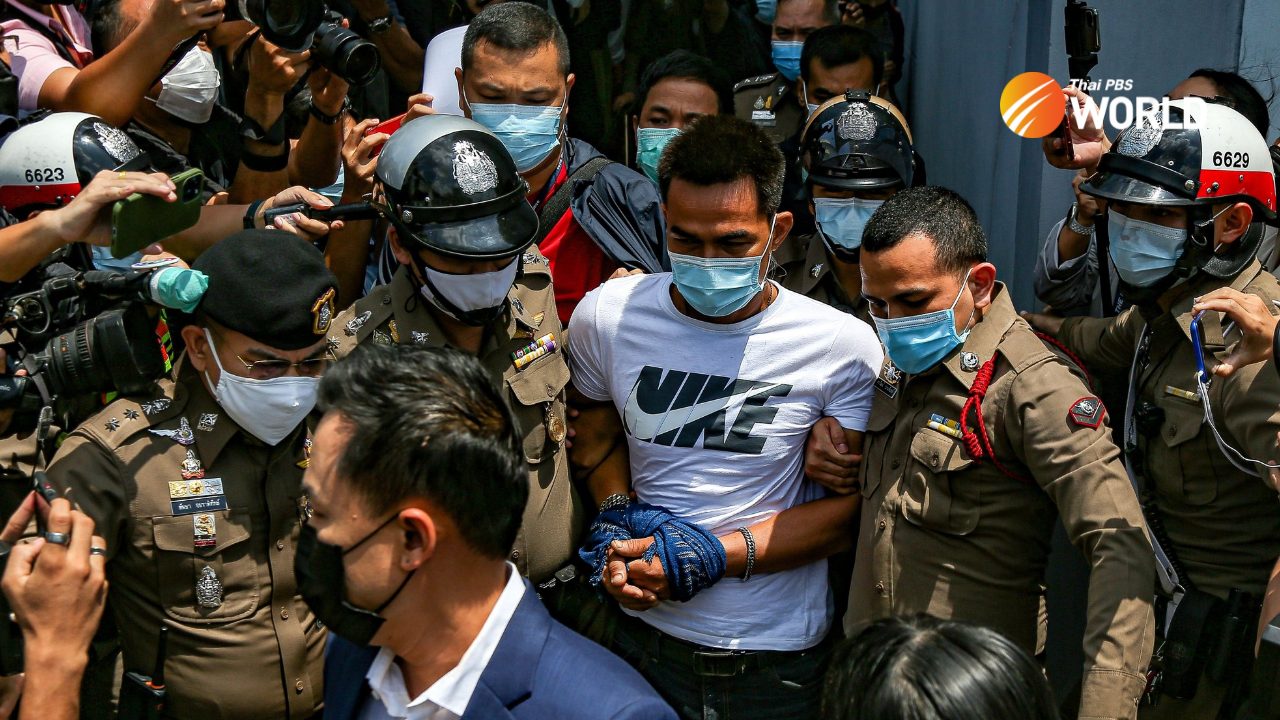 File photo : Loong Phol when he was arrested last year.

Only two possibilities exist when Loong Phol is concerned: Either he is innocent or he is guilty, and both scenarios are scary.

That’s what renowned sci-fi writer Arthur C. Clake, who coined the famous “two possibilities” intro, might have said if he was to address the pros and cons of social media, which have flexed strong muscles in Thailand over the past few years, politically and socially.

If Loong Phol is innocent, his current treatment by social media is beyond wicked, but so was his previous treatment by the social media if he is guilty. He is definitely “the case study” of how social media can take someone up so high just to hack him or her down in pieces, all at the very wrong time.

Here’s a quick recap of the Loong Phol case: Chaiphol Wipa, better known as “Loong (Uncle)Phol”, has been charged in connection with the death of a three-year-old girl, “Nong Chompoo”, in Mukdahan in 2020. She went missing before her body was found in a mountainous jungle, near her home but too far for a toddler to walk to alone. The story of unlawful abandonment of a small child who died, as a result, is threatening to grow into a full-blown murder conspiracy and he and his wife have been charged with tampering with evidence to mislead the investigation.

Cue the social media and what looked like a simple case became anything but. Everything that could go wrong has gone seriously wrong, from Day One until today. After Chaiphol became an “unofficial” suspect and before he was formally charged, he became a singer, and he and his wife became fashion models, YouTube celebrities, successful online vendors who saw everything they sold flying off their home faster than hot cake from bakery, donation solicitors who drew jaw-dropping amounts, and builders of amazing “religious” structures. A new car arrived and the house was richly renovated. Their menus went from basic I-saan food to luxurious meals sometimes.

The amount of Twitter messages attacking the father and mother of the child is beyond imagination. Songs were written for Chaiphol and he sang some himself. They were put on YouTube, of course, raking up millions of views. When a man commented online that it was weird to see Loong Phol dancing in music videos and posing for fashion shoots _ all because a girl he said he loved so much had died _ Loong Phol’s fan club hounded him away. Clipssympathetic toward Chaiphol abounded and drew numerous “likes”, and comments lambasting the parents beggared belief. A movie and stage drama was planned and aimed at presenting Chaiphol as a victim of police injustice.

One lawyer-cum-activist was asked why it took the police so long to charge Chaiphol. “In the beginning, the case was not complicated at all,” he replied. “But after a while, circumstantial evidence that normally would have played a big role became a liability which could enhance the unofficial suspect’s fame and create a major backlash against the police. Now the investigators needed foolproof evidence before taking any action.”

Police requiring strong evidence before making a move on suspects is good. But the question, emerging from the Nong Chompoo case, is how strong the evidence should be and where social media should draw the line to prevent disruptions of justice.

After Chaiphol was charged and his lawyers and allies cut their ties with him, the social media he knew has become the exact opposite, and very actively so. Clips that practically say what only judges should be able to say against him are now abundant. Twitter comments are slamming the man whose trial has not even begun yet. The mainstream media are picking up what the social media have said, amplifying his pre-trial trouble. Lawyers, certainly having read and seen the online trends, are having reservations about becoming his defense.

Another part of the frenzy is a famous lawyer who somehow managed to make a confusing and ironic statement viral. He suggested he would have represented Chaiphol if asked nicely, but, in the same breath, he said he would help good men only. The snub was videotaped and uploaded. All the critics, enemies of Chaiphol, and ambitious online “commentators” are having a judgmental say online on a daily basis.

Since Nong Chompoo disappeared and were found dead, news hosts in the conventional media picked up social media trends and played along with the moods of the hours. When the pro-Loong Phol hype was at its peak, they helped to add to his superstar status and turned against the dead girl’s parents. Now, “media heroes” are those news presenters “brave” enough to stand against his shrinking fan club.

There is no doubt that social media influences the court of public opinions in a big way. Loong Phol is an Exhibit A. The questions of who manipulates whom and whether it is mutual manipulation are part of the social media evolution, a process fraught with danger and which requires absolute ethics to be successful. 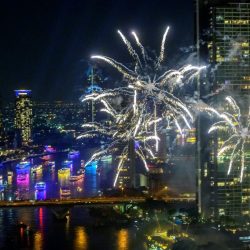