A French expatriate, well known for his Tiktok political parodies of Thailand’s military junta, government and monarchy, was forced to fly back to France late last night after he was refused entry at Phuket international airport on Saturday morning by immigration officials, who reportedly handed him a notice describing him as “a threat to Thai society”.

Yan Marchal, whose Tiktok page has more than 500,000 followers, has been living in Thailand for over 18 years and has two children born to his former Thai wife.

Marchal was required to go back to Suvarnabhumi international airport, after landing on Phuket, following his return from a visit to France and was barred from re-entry by Thai immigration officials.  He departed Suvarnabhumi on a THAI flight at 23.59pm for Paris.

According to Pravit Rojanaphruk, of Khao Sod English online news service, he was in contact with Marchal when he was at Phuket airport and the Frenchman said he wanted to appeal against the immigration officials’ order via his lawyer, Natalie Bergman. He also claimed that immigration officials could not force him out of Thailand for 48 hours because he has no criminal record in Thailand.

Marchal said he could not reach officials at the French embassy in Bangkok because it is weekend, according to Pravit.

When asked by Pravit whether he regrets that he might not be able to return to Thailand, Marchal replied “Whatever happens, I will have to live with it, so I’d rather look at the upside which I may find in my new life, but I do hope that Thailand’s regime will change for the better someday and enable free speech, which would indeed allow me to come back, and more importantly, result in a better quality of governance, which would provide opportunities to a lot of people.”

Marchal has been told by his lawyer that, if he stays on to appeal his case, he might face lèse majesté charges and it is better for him to fly home first and to fight the case later.

U.S. issues 'Do Not Travel' advisory for eight African countries 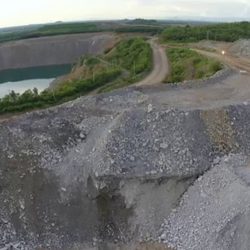