“Mystery boxes” have become a hot trend in recent months, as COVID-19 spurs a switch to online shopping in Thailand. One influencer, Pimrypie, even managed to sell Bt100 million worth of mystery boxes in less than 10 minutes. But not everyone was happy with the boxes’ mystery contents. Less than a month later, many buyers are seeking a refund.

YouTube influencer and livestream seller Pimradaporn “Pimrypie” Benchawatthapat struck gold late last month when she began offering mystery boxes at Bt100,000 each. Most were snapped up almost immediately. The excitement intensified when a customer – her body as heavily tattooed as Pimrypie’s – announced on Facebook that her mystery box contained a brand new car and lots of other expensive items.

On December 5, Pimrypie ratcheted up the hype by offering “cut-price” mystery boxes for Bt10,000 apiece. The response was overwhelming. All 10,000 boxes were snapped up in five minutes as buyers ignored repeated warnings that the contents could be just about anything.

Actress Akhamsiri “Jaakjan” Suwanasuk quickly announced that her box was stuffed full of expensive beauty products, a cellphone and keys to a motorbike.

However, others were not so lucky. Many found their boxes were full of cheap cosmetics, several nearing their expiry date.

At least one buyer has filed a police complaint, though most of the frustrated customers have contacted Pimrypie directly for a refund. The influencer claims she has refunded more than Bt4 million to buyers so far.

Pimrypie argued that the buyers were always told that mystery boxes could contain anything, adding it was natural that the items in some boxes would be worth a lot more than others. However, faced with a growing avalanche of criticism, she finally agreed to offer refunds where appropriate.

She also announced she would not be live-selling for a while, pending business improvement.

Her Facebook page, @pimrypie.cosmatic (sic), has more than 7.25 million followers and 4.2 million likes. Many fans have also posted messages of support on the page.

What does the law say?

Lawyer Ratchaphon Sirisakhon said that if the items in a mystery box are worth as much or more than the buyer paid, then there are no grounds for complaint. However, if some mystery boxes carry items worth far more and others carry items worth a lot less, then selling them may violate Thai gambling laws.

Exactly when the mystery box trend began is unclear, but it first caught public attention via Facebook Live, where several celebrities opened boxes they had bought overseas.

COVID-19 and the resulting lockdowns helped spur the trend, as sellers relied on the new gimmick to keep their businesses alive.

Seafood business @talaymuethue said its sales soared many times over after it launched mystery boxes.

Japan is widely credited for creating mystery boxes, known in Japanese as Fukubukuro or lucky bags. Merchants traditionally offer Fukubukuro in the run-up to New Year, filling them with random items and selling at a discount of 50 percent or more. The mystery bags are usually launched as a promotional gimmick to attract customers to stores, but are also a way of clearing end-of-year stock.

According to legend, Fukubukuro first emerged at the Ginza Matsuya Department Store in the late 1800s during the Meiji Restoration. However, these bags may date back as early as the Edo Period (1603-1868), when kimono store Echigoya sold “Ebisu-bukuro” – bags stuffed with fabric offcuts at huge discounts. Echigoya has transformed into the well-known Mitsukoshi department store of today. 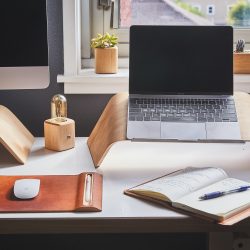 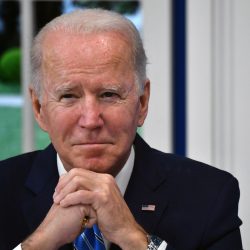