Thailand’s Justice Minister Somsak Thepsuthin has agreed to accept an alleged foreign exchange Ponzi scheme as a special case to be investigated by the Department of Special Investigation.

The decision to treat the online Forex-3D investment scheme as a special case came after a group of investors filed a complaint with Mr. Somsak, claiming that they had each invested at least 50,000 baht with the company, which promised them an average return of 10% per month, but they have been unable to withdraw their money since the company stopped paying them the promised returns several months ago.

About 30,000 people are believed to have investments with the company, totalling several billions of baht.

Mr. Somsak disclosed today that, so far, over 2,000 investors, with some 411 million baht in investments in the scheme, have registered complaints with the DSI by scanning the department’s QR code.

One of the investors, Ms. Warapairin Thanawarisporn, told the media that she invested about two million baht late last year, on the advice of a close friend of the company’s proprietor, with a promise that she would receive monthly returns of 5-10%.

It is reported that the company recruited several celebrities to pitch their “online Forex-3D” scheme to potential investors. 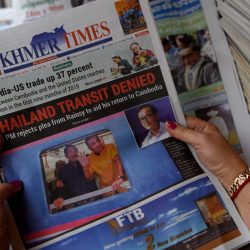 Sam Rainsy insists he will return to Cambodia 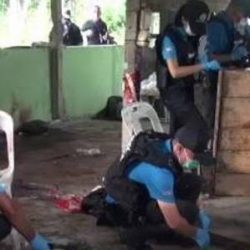