“I never thought I would ever become a successful chef, or even be awarded a Michelin Star, because it’s like the Oscars for chefs. I never thought of that at all, because I’m Thai and I’m a woman.”

The reinterpretation of authentic Thai flavours into fine-dining is Sujira “Chef Aom” Pongmorn’s philosophy behind her restaurant, Saawaan, which means “heaven” in Thai. Apart from her restaurant retaining its One Michelin Star status for four consecutive years from 2019, she also earned a Young Michelin Star Award in 2021.

“When the award was announced, I was looking to my left and right, wondering whether it was really me. So they had to announce my name, then I realised that I had won.”

Reflecting on the moment, the 35-year-old chef told us that it was exciting and overwhelming for her, as she was still in disbelief that she had won the Young Michelin Star, among the special awards given during the Michelin Star Revelation annual event. 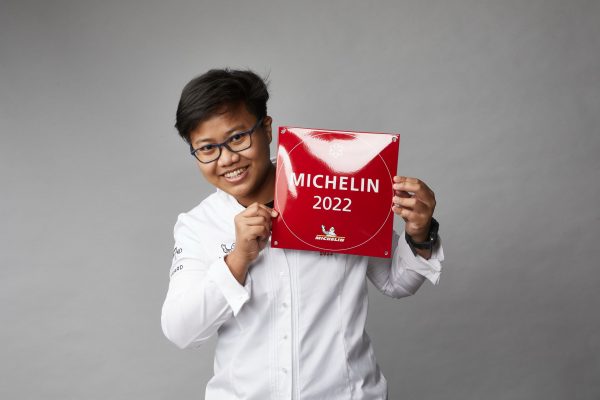 Chef Aom’s passion for cooking was ignited when she was only six years old, when her father taught her how to cook an omelette. Her kitchen became her first art classroom, in which to experiment and develop her skills.

“I remember that my dad was sick that day and I told him that I was hungry,” she said as she talks about her childhood memory. “He then told me to look inside the refrigerator. I found an egg, because I didn’t know how to cook anything else and I asked him to teach me.”

As to why she loves cooking, having fun is the simple answer.

“Normally, when you make a mess, your parents will tell you off, but my father is not like that,” she said, as she describes her first cooking experience. “I squeezed the egg yolks with my hands, instead of using a fork, to make an omelette. My father told me there’s fish sauce and soy sauce, but I used both of them and mixed it together.”

Her turning point, which helped reaffirm her determination to become a chef, was when she failed her university entrance exams. However, finding a university that suited her interests was much more of a struggle, as she explains that culinary schools and institutes were very rare back in those days.

“Nowadays, there are plenty of them, such as Le Cordon Bleu, Dusit Thani College and many more cooking schools, which is completely different from back then, when you could not find any at all.”

Not only that, some universities that did offer such courses back then, as Chef Aom explains, did not suit her needs and wants.

“I wondered if I have to waste up to four years just to study cooking. So I found OHAP (The School of the Oriental Hotel Apprenticeship Programme) which suited me, because I got hands-on experience, I got to explore how things really work in the kitchen, including the job itself.” 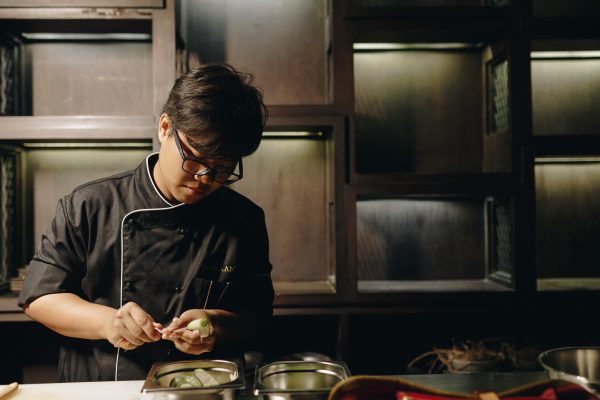 -Executive Chefs aren’t only for men-

In her 17 year career, Chef Aom has worked for a number of fine-dining restaurants across Bangkok, with many Michelin Star chefs. She began working at Mandarin Oriental’s Lord Jim Restaurant. After that, she continued her culinary career at Siam Kempinski hotel’s Sra Bua by Kiin Kiin and Issaya Siamese Club later on. After gaining a lot of experience, she opened her own restaurant, Baan Phadthai, and fine-dining restaurant, Saawaan.

On her journey, Chef Aom noticed that most of the executive chefs were men. Why do women never get the chance to be up there, was the question she frequently asked herself. She took the question to her senior, who was at a supervisor level and also a man. However, she was baffled by the response.

“He told me that there’s no way that women will ever be executive chefs,” she recalled. “He said women can only be assistant chefs at most, and I thought, no way. It’s not about gender, it’s about competence and their attitude.”

This became the drive for her to work harder and to prove that women can also be leaders in the kitchen. “So I told myself that, no matter which occupation I’m in, I have to become a leader one day.”

Now that she has a successful career, Saawaan’s Chef de Cuisine told us that she feels “great” to see that other female Thai chefs are getting more attention and are no longer underestimated.

“I also felt that women leaders are role models for other women, who are still doubting themselves, thinking that they can’t be leaders or get a career advancement just because they are women. Forget about gender, let’s compete with our talents.” 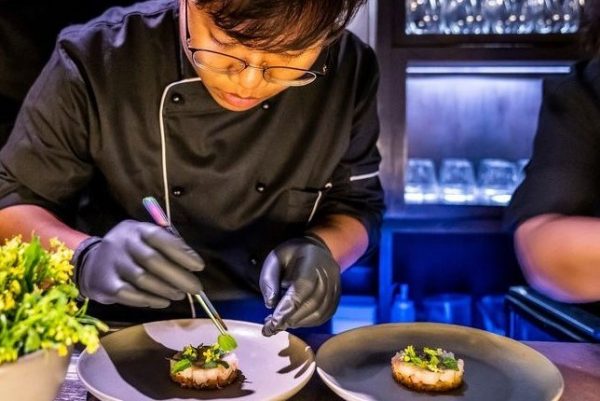 -Smack them with success-

Chef Aom admitted to us that she sees each milestone she has reached throughout her career as a huge success.

“At least I can be a role model for the younger generation who have the passion to become chefs. No matter which gender you are, male, female, or other genders, if you have the talent, you will definitely get there.”

As to what Chef Aom would like to say to young girls, who dream and aspire to become a chef, or to take up other male-dominated careers, she says keep fighting. Most importantly, the only person you should ever compete with is yourself.

“Whoever insulted you before, prove them wrong. Use your success to smack them in the face. Don’t respond with hateful words or rude behaviour, but show them that you can do it.” 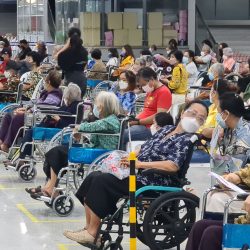 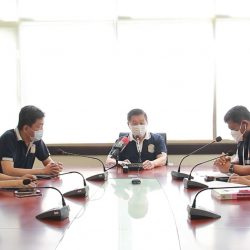