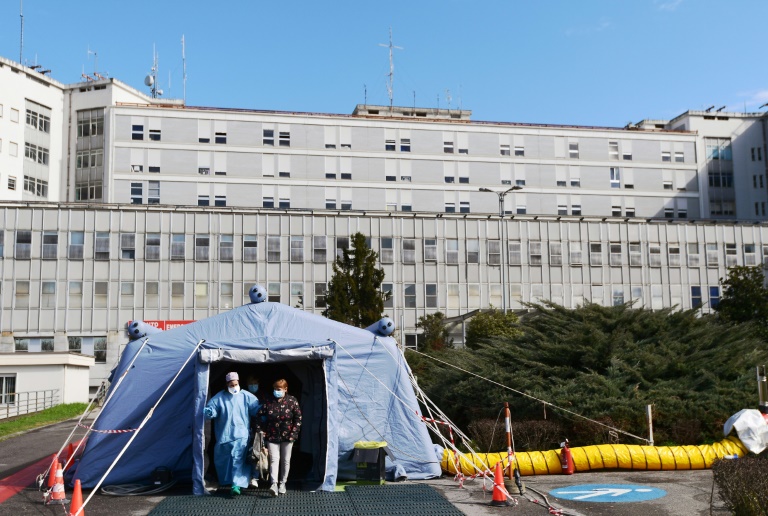 Europe’s coronavirus hotspot Italy shut all schools and universities on Wednesday in a bid to stop the deadly disease from spreading, as governments bolstered supplies and intensified protective measures.

With cases and deaths rising around the world even as the rate of new infections slows in the virus epicentre China, Germany on Wednesday warned that the outbreak had turned into a global pandemic.

More than 90,000 people have been infected and around 3,200 have died worldwide from the virus, which has now reached 81 countries and territories.

Italy reported 28 more deaths on Wednesday taking the toll to 107, the deadliest outbreak outside China.

The World Health Organisation (WHO) has so far refrained from declaring a pandemic, but fear of the virus’ spread has already prompted panic buying, hoarding and theft, along with warnings over shortages of protective gear.

In Germany health minister Jens Spahn said the outbreak had become a “global pandemic” — meaning it is spreading in several regions through local transmission — telling lawmakers “we have not yet reached the peak of the outbreak”.

The vast majority of global deaths and infections are in China, where COVID-19 first emerged late last year, but figures from Beijing on Wednesday showed just 119 new cases over the previous 24 hours — the lowest daily number since January.

As the virus continues its march across the world, governments are scrambling to tighten prevention efforts.

Italy has seen its outbreak continue to swell despite tough measures including a quarantine of 11 towns with 50,000 people in the north.

The country’s new measures include an unpopular month-long nationwide ban on fan attendance at sports events, as well as advice for people to avoid greetings of kissing on the cheek or shaking hands.

Prime Minister Giuseppe Conti said the country could tackle the outbreak as long as it remained contained.

“But in case of exponential growth, not just Italy but any other country in the world would not be able to manage the situation,” he said in a video message posted on Facebook Wednesday about the new restrictions.

Iran, where 92 people have died from the disease, schools have been shut, while major cultural and sporting events have been suspended.

In the United States, where the death toll rose to 11 on Wednesday, lawmakers in Congress reached a deal to provide more than $8 billion to fight the outbreak.

Countries also continue to crack down on international travel.

Israel extended its mandatory quarantine measures — already in place for travellers from Italy and some Asian countries — to cover people from France, Germany, Spain, Austria and Switzerland.

The WHO has said masks, goggles and other protective equipment used by health workers were running out because of “rising demand, hoarding and misuse”.

WHO chief Tedros Adhanom Ghebreyesus told reporters in Geneva on Tuesday that prices of masks have surged six-fold and the cost of ventilators has tripled.

Tedros said the WHO had shipped more than half a million sets of personal protective equipment to 27 countries, but warned that “supplies are rapidly depleting”.

From western Europe to eastern Asia, supermarket shelves have been stripped of supplies in recent weeks, including toilet paper and hand sanitiser.

In Indonesia, police seized 600,000 face masks from a warehouse after the first confirmed cases of coronavirus sparked panic buying.

In France, where more than 280 people are infected, the government said it would requisition all face mask stocks and production in the coming months in response to the outbreak.

Meanwhile in Russia the government banned the export of medical masks, and Italy said it was importing 800,000 of them from South Africa, though it needs 10 million in total.

American businesses are increasingly concerned over access to goods and the overall economic outlook is more uncertain, the US Federal Reserve said in a period survey released on Wednesday.

The impact of the virus has spread beyond supply chains — stock markets have rumbled as warnings from financial bodies mount that the virus could push countries into recession.

The IMF said on Wednesday the epidemic posed a “serious threat” and would slow global growth to below the 2.9 percent posted last year.

“Unfortunately over the past week we’ve seen a shift to a more adverse scenario for the global economy,” IMF chief Kristalina Georgieva said.

Eurozone ministers agreed after a meeting that they were ready to “use all appropriate policy tools to achieve strong, sustainable growth”, according to Eurogroup president Mario Centeno.

His comments came after the European Union said two of its employees tested positive for the virus, while Poland, Ukraine, Argentina and Chile all reported their first cases in the past 24 hours.

Even cinemagoers were not immune from the effects of the virus — as the producers of the latest James Bond film pushed back the release of the forthcoming “No Time To Die” from April to November. 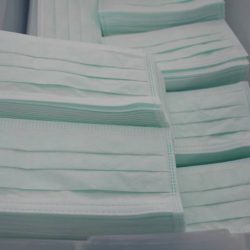 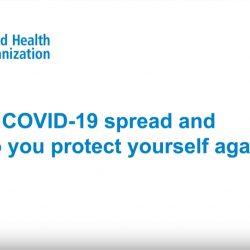 How to protect yourself against COVID-19